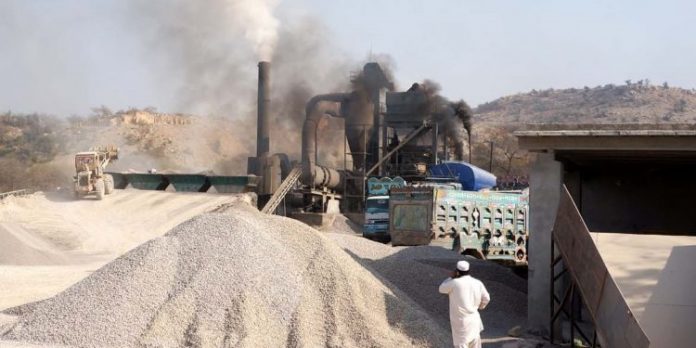 BARA: The Shalobar tribe of Bara sub-division in Khyber tribal district has called upon the government to stop the ‘economic murder’ of the tribe and order opening of the stone crushing plants which are closed since the last many years.

Crushing Plants Association Bara president Haji Ibrahim, Khyber Union president Bazaar Gul Afridi and elders of Shalobar tribe said while addressing a press conference at Bara Press Club on Friday that they had decided to restore the crushing industry on self-help basis recently, but the government had not allowed them to do so. They said they also held meetings with security officials for restoration of the crushing plants, and they also gave some assurances. However, they said they are not satisfied with the assurances.

The tribal elders said they had obtained lease of Besai Baba mountain from the government before the launch of military operation in Bara. They said they had paid millions of rupees in the head of electricity bills and taxes, but still they have been deprived of their right to make the crushing plants functional.

The elders expressed apprehension that an attempt was being made to occupy the Besai Baba mountain in the guise of a hotel and park project, which will not be allowed at any cost. They said they have also approached a court on this issue and they are hopeful that they will get a stay order soon. The Shalobar elders asked the government to hold negations with them on the issue within 10 days, otherwise, they will launch a protest.

The elders alleged that their property was being confiscated in the guise of reforms in the tribal districts, which they termed illegal and unconstitutional. They warned that responsibility of any untoward consequences of this dispute will rest with the local administration and provincial government.

The elders of Shalobar tribe have been making a demand from the government to revive the stone crushing plants in the area instead of building a park. On January 26, Khyber Pakhtunkhwa Governor Shah Farman, Corps Commander Peshawar and Tourism Minister Atif Khan along with other civil and military officials had visited Besai Baba mountain and announced to establish a public park there. However, the elders of Shalobar tribe had rejected the announcement of government officials the next day.