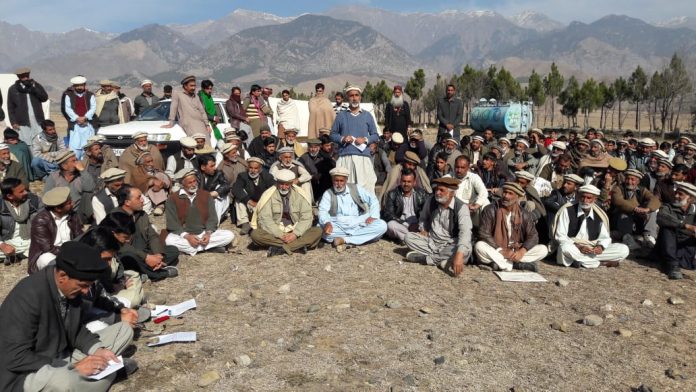 PARACHINAR: The elders of Shalozan and Luqmankhel tribes of Kurram tribal district have called upon the government to distribute the 40,000 kanals shamilat land among the tribesmen without delay.

The tribal elders held a Jirga in this regard in Parachinar on Thursday which was attended by Musarrat Hussain, Amjid Hussain, Rehan Ali and other elders of the said tribes. They said they are waiting for the distribution of Shamilat land for the last four years, but that is not happening. They said some influential people are putting impediments in the fair distribution of the land due to which the tribes have now set up tents on their lands near the airport and they are living there to record their protest.

The elders said it is the responsibility of the government to hand over land to every shareholder in a fair and transparent manner. They said the local tribes have provided land for airport and college and now they want distribution of shamilat land. They said the locals will donate more land for establishment of a hospital and other institutions to ensure bright future for their young generation.

The local tribesmen demanded that Brigadier Akhtar Aleem visit their area to see their difficulties. They said they are living in small houses and cannot do any construction work due to delay in distribution of land. They said the people impeding the land distribution should be arrested.

Local Tehsildar Muhammad Riaz says the demand of the Shalozan tribe will be fulfilled and the land distribution commission will initiate its work soon. Both the tribes have installed tents in the said land for the last one month and are living there to record their protest.