PESHAWAR: Wajid Ali bought three plum orchards after borrowing money hoping that he would buy a taxi car or Suzuki van after selling it and will also arrange expenses for sending his mother for Umrah.

However, his dream was shattered when his investment brought him loss. Thirty-two-year-old Wajid Ali, who lives in Chamkani area of Peshawar, told TNN that he is engaged in business of buying plum orchards for the last four years. He said he bought three plum orchards this year for Rs1.5 million and he had borrowed money for that. He said he is in deep trouble now after enduring Rs30,000 loss this year.

Peshawar is known for its good plum production but this year the production is 1,200 tons less than the yield in 2013 which is a cause of concern.

According to the statistics of the Khyber Pakhtunkhwa Agriculture Department, Peshawar produced 4,425 tons plum in 2013, while it has been reduced to 3,262 this year.

The data of the Agriculture Statistics of Pakistan show that Peshawar is the fourth largest district in the country for plum production. This year, Kalat district of Balochistan produced 10,177 tons plum, Mastung produced 6,022 tons, Quetta produced 5,420 tons and Swat produced 3,580 tons.

Experts attribute reduction in plum production to various reasons. One major reason behind this is climate change.

Professor Dr Akmal, a teacher at University of Agriculture Peshawar and expert in climate change, said while talking to TNN that plum production has been affected not only in Peshawar, but also in Nowshera due to the effects of climate change. He said the plum tree requires a specific temperature for proper production of the fruit during various stages.

Dr Akmal said the orchards are not getting the required temperature due to change in the weather patterns during the last few years. He said the pattern of rains has also changed in the region which has affected different crops and orchards.

Dr Gohar Ayub, a professor in Horticulture Department at the Peshawar Agriculture University, also agrees with the point of view of Dr Akmal. He said the plum trees require temperature in the range of 17-18 degrees centigrade in the end of February, but unfortunately the temperature in our region now reaches to 25-30 degrees centigrade during that period. He said strong winds, rains and hailing affects the plum production.

The plum production has been affected in other parts of the country as well due to which thousands of people, like Wajid Ali, suffered losses. 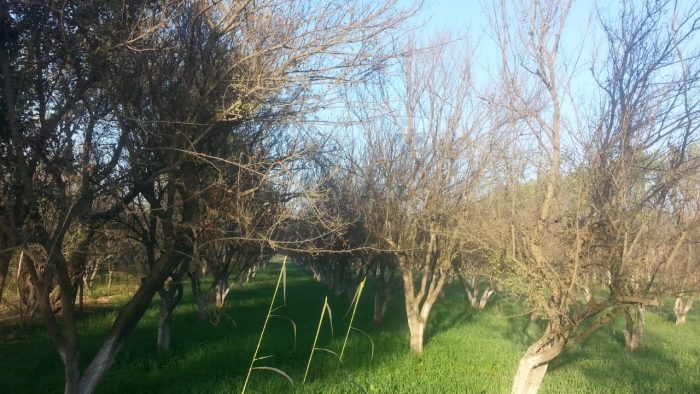 Haris Barki, a vegetable and fruit dealer in Chamkani, told TNN that the quantity of plum is very low this year as compared to the previous years and even that low quantity is causing losses to the dealers. He said rainstorms during the season of flowering of plum orchards caused a lot of damage.

Fruit experts say rainstorm and hailing not only affects production of fruit, but also reduce its storage life.

Dr Gohar Ayub said the plum affected by rains and hailing has low price in the market.

“Rain and hailing affects the quality of plum and therefore it fetches low price in the market. The quality of fruit is also affected if the tree didn’t get required temperature during budding period,” he told TNN. 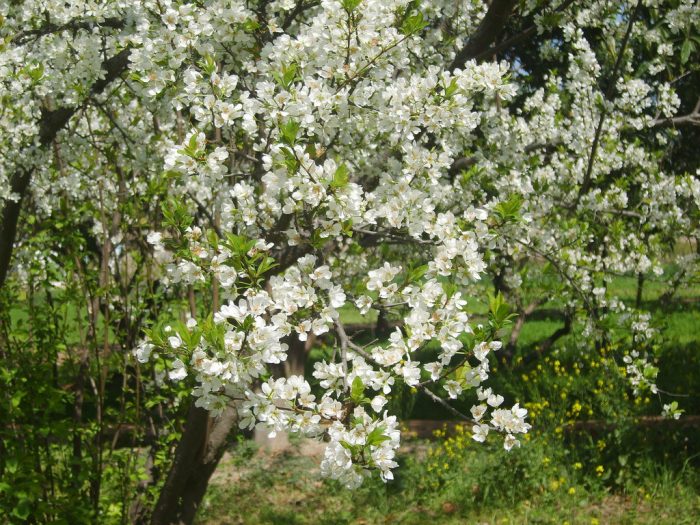 On the other hand, the customers also complain about higher prices of plum in the market.

Nayab, a resident of Peshawar, said she is fond of eating plums, but this year she is not buying it due to its high prices. She said previously, plums were available for 60-70 rupees per kilogram, but this year the price is above Rs150 per kg.

Dr Gohar Ayub believes that besides climate change, there are few other behind reduction of plum production. He said several plum orchards have been cut and houses built on that land. His views are also endorsed by the Agriculture Department which says there were plum orchards on 382 hectares land in Peshawar in 2013, but this year the orchards are reduced to 283 hectors land.

Dr Gohar Ayub said the maximum age of plum orchard should be around 25 years, but in KP, some orchards are there for even more than 35 years due to which their production is very low now.

“In Peshawar, most plum orchards are located near Nowshera where Kabul River passes and the soil is damp. Plum orchards have maximum age of 25 years in such climate,” he said.

Dr Gohar Ayub said plant diseases and insects are also affecting the yields. He said orchard owners are still using outdated practices to secure their orchards from these problems which are not too effective.

Plum is not only used as fresh fruit, but it is also used to make Alu Bukhara and doctors also recommend it for patient for good nutrition.

The plum of Peshawar and other parts of the country is mainly consumed locally, however, it is also exported to India, Sri Lanka and Afghanistan.

Ayub Shah, a farmer in Akbarpura area of Nowshera, said he used to export plum to Afghanistan and earned good profit, but now plum from five orchards haven’t even produced a truckload.

“I bought five orchards in Nowshera which collectively produced only 23 cottons. I lost Rs600,000 in my business this year,” he told TNN.

He said he is associated with the business since long and his forefathers also used to export it to India and Afghanistan. However, he said the situation is not good now and he even finds it difficult to find buyers locally.