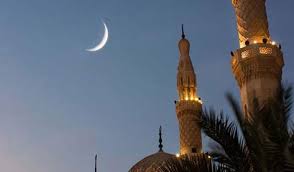 PESHAWAR, 24 June: Qasim Ali Khan Mosque moon sighting committee on Saturday announced that they have received witnesses about Shawwal moon sighting and Eidul Fitr would be celebrated on Sunday.
The unofficial ruet-e-hilal committees in Peshawar, Mardan, Swabi, Charsadda and Waziristan also announced that Shawwal moon was sighted. The government failed to ensure one Eid in the country.
According to reports, the Qasim Ali Mosque committee received more than 100 witnesses from Swabi, Mardan, Shabqadar, Bannu, North Waziristan, Peshawar.
According some reports, Mufti Shahabuddin Popalzai has left for Dubai. However, on social media some people claimed that Popalzai and his friends have been arrested at FIA headquarters Islamabad.
The Qasim Ali Khan mosque moon sighting committee proclaimed that Eidul Fitr would be celebrated on Sunday as sufficient and convincing evidence about sighting of the Shawwal moon had been received from different areas of the province.
Ulema in Mardan, Bannu, Charsadda, Swabi, Bajaur Agency, Mohmand Agency and North Waziristan followed the Peshawar-based body’s announcement with their own declarations that Eid moon had been sighted on Saturday.