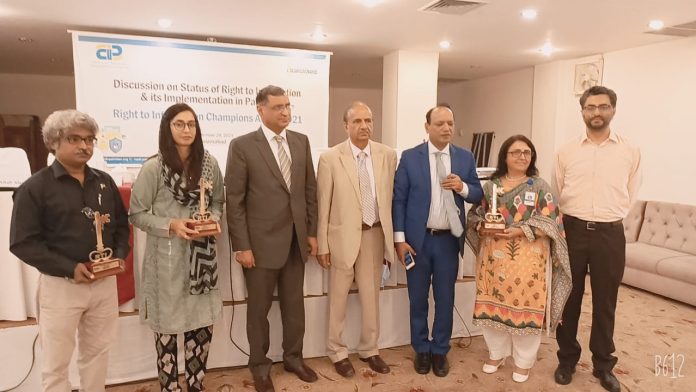 Speaking at the RTI Award ceremony with relevance to International Right to Know Day, Azam Khan said that the frequent use of RTI will ensure transparency and accountability of public bodies. While congratulating the RTI award winners Amer Ejaz, Director Budget Study, Centre for Peace and Development Initiative (CPDI) opined that Information commissions must play its active role as pro-citizens’ institute to ensure transparency and accountability in governance in accordance with best international practices. 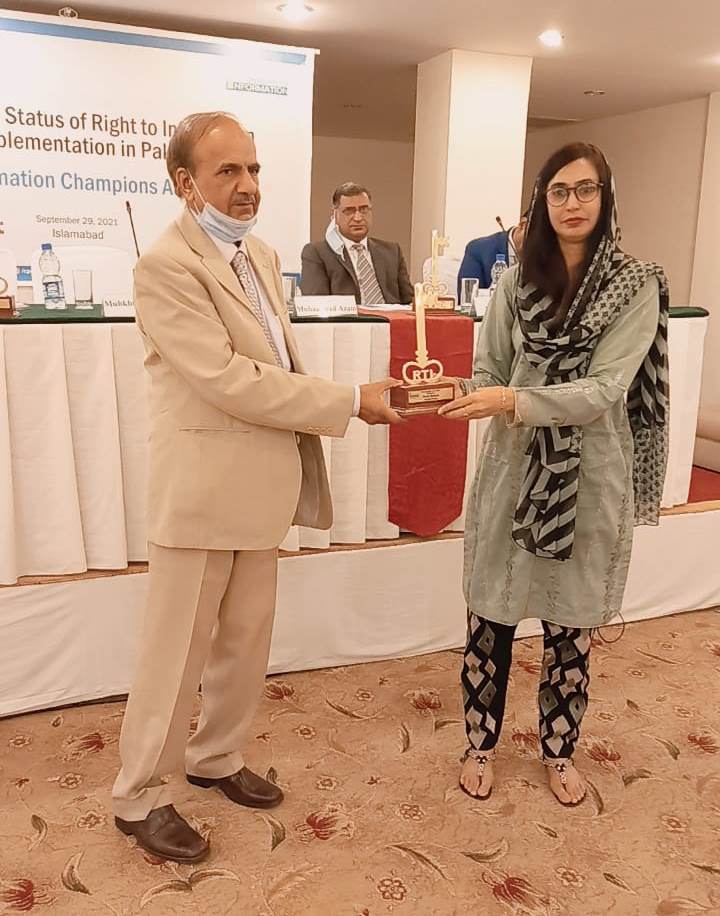 RTI Award winner in Journalists’ category, Shahzia Mehboob (Dawn, Express Tribune & The Reporters) has filed excessive number of information requests under “Right of Access to Information Act 2017”, KP RTI Act 2013 and Punjab RTI Act 2013 for investigative reporting. Among many, her significant RTI based investigative stories include that FIA’s cybercrime wing received over 135,000 complaints among which 616 are resolved while rest are pending, through her RTI request the DC office directed to share details regarding covid-19 fund & NADRA Official’s salary to be deducted for Denying Information to Citizen Under RTI.

Boota Imtiaz who won the RTI award in citizen category belongs to Christian minority and hails from Hyderabad. His excessive use of Federal, Sindh, Punjab and KP RTI Act and commitment to the cause has earned him this prestigious award. Bibi Yasmeen, Additional Registrar AIOU who won the RTI Award in Public Information Officer Category, performed her duties with zeal and zest as Public Information Officer in the university.

This year the award committee was comprised of Aftab Alam of Institute of Research Advocacy and Development (IRADA), Sadaf Khan of Media Matters for democracy (MMfD) and Shehzad Yousafzai, renowned journalist and RTI Award Winner of 2020. RTI Award winners were unanimously decided by the award committee on the basis of their frequent and successive use of right of access to information within the ambit of law.

CRTI is a platform of 53 civil society organisations working for the enactment and better implementation of RTI laws according to international best practices. Senior media persons and CRTI partners were also present at the Award Ceremony to appraise the efforts of the awardees and grace the event.