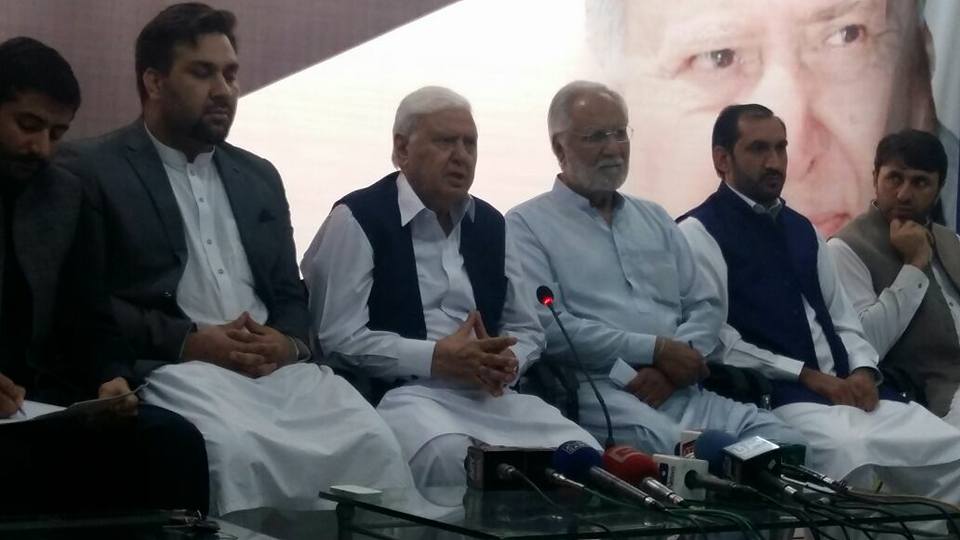 He said that it was right time to merge Fata with Khyber Pakhtunkhwa otherwise further postponement of the reforms package would not be in favour of country as well as the region.

He was addressing Fata Youth Jirga here at party secretariat where QWP leadership was also present.

Sherpao said that the government should, without wasting time, announce merger of tribal areas with KP if it was serious in development of its backward areas.

He urged all political parties to forge unity in their ranks for betterment of tribal people and force the government together to pass Fata Reforms bill.

He asked them to force the government to hold elections in tribal areas for the provincial assembly, adding that he was ready to talk with those parties who were against the merger. He assured the Jirga that he would soon hold meeting with PM Shahid Khaqan Abbasi.