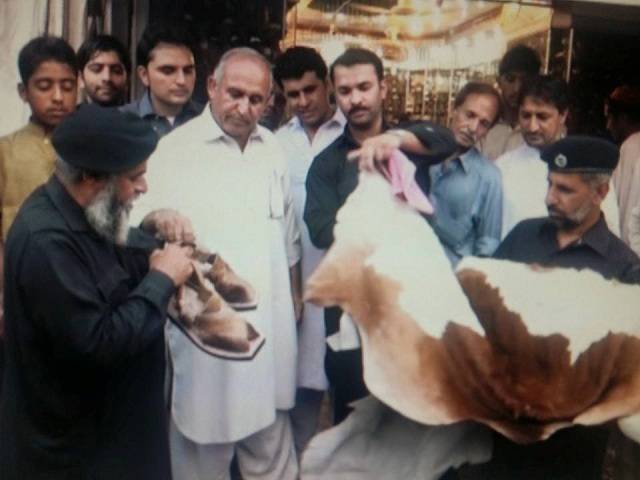 PESHAWAR, 29 August: The Peshawar-based shoemaker who claimed to have prepared special footwear for bollywood king Shah Rukh Khan from the skin of a deer, has backtracked from his earlier claim and said he had used the skin of an Australian cow.

Shoemaker Jehangir Mohmand put himself in trouble after he claimed on media that he had used the skin of deer while preparing special Peshawari chapal for Shah Rukh Khan.

He was arrested by the Wildlife department for using the skin of endangered species for making footwear.  However, after his arrest, Jehangir Khan backtracked from his earlier claim and said he had used the skin of an Australian cow.

Officials of the Wildlife department also confirmed that lab tests proved the skin used in the making of the chapal was not of a deer but an Australian cow. The shoemaker has been released by the department.