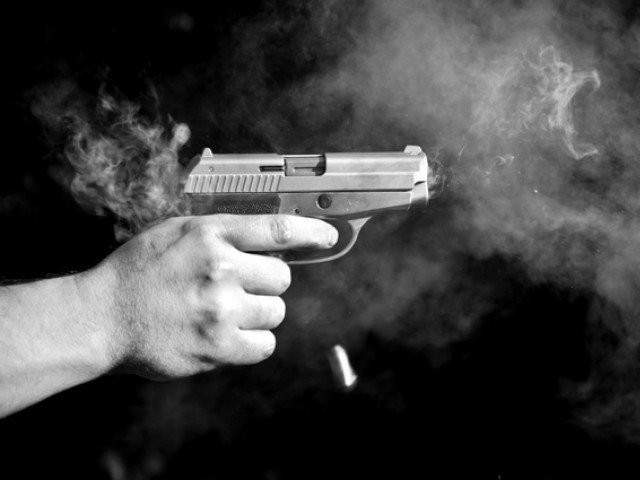 PESHAWAR: At least two people were killed in firing of an armed man outside Peshawar High Court (PHC), on the road, here on Monday morning. Police have claimed to have arrested the accused with the murder weapon and started a further investigation into the case.

Police said that the accused sprayed bullets at members of the opponent group who had come to PHC Peshawar to pursue a case, as a result, two persons – Rajeed Ali, 24, and Zahoor Khan, 22 – were critically injured. They were rushed to the Lady reading hospital however; they could not survive the bullet injuries in the hospital during treatment. The two died in the attack were on the way to PHC to pursue their case.

The police arrested the assailant identified as Sameen Shah with the murder weapon and after registering a case against him started an investigation. Police added that the initial investigation reveals that the reason behind the firing incident is old enmity.

On February 28, A Peshawar High Court judge was injured after unidentified assailants opened fire on his car in Peshawar Thursday morning. According to the police, two attackers on a motorcycle targeted Justice Ayub Khan’s car in Hayatabad’s Phase V and injured both him and his driver. Justice Khan was travelling to the high court for his hearings. The car has 10 to 12 bullet holes in it.

DI KHAN: In another incident of violence in the Province, A Policeman injured when a security vehicle come under attack in Parwa area of Dera Ismail Khan (DI Khan) district on Monday. The police, while providing detail of the attack, said that the explosive device was planted in a bicycle parked on the roadside which exploded when the police van arrived the location, which was on it a routine patrolling duty. The injured policeman was shifted to hospital where he stated to be out of danger.