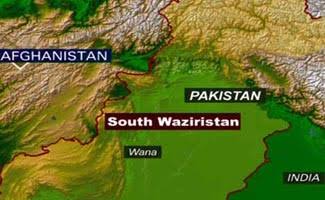 PESHAWAR: The residents of Dwatoi, a town in South Waziristan tribal district got new shopping-mall on Wednesday.

The mall was inaugurated by Brigadier Wahid of 55 Brigade of Pakistan Army. The opening ceremony attended by large number of Mehsud tribesmen.

The 13 shops mall is built by Pakistan Army in line with rehabilitation efforts for South Waziristan. It aims to bring the tribals’ lives to normal after years of years long militancy.

On this occasion a colorful function was arranged which attended by elders of Mahsud tribe.

Brigadier Wahid during the ceremony affirmed the commitment to bring the living standard of ordinary tribesmen at par with other areas of the country.

He added that Mehsud tribe has rendered unprecedented sacrifices for the solidarity of country.

The elders of the area also spoke on the occasion while lauding the efforts of Pak Army for the restoration of peace in the militancy hit region.

They said that the jawans of security forces has offered high sacrifices in countering terrorism in the region. They maintained that Pak army has always assisted the tribal people in every hour of need.

On this occasion, The senior official of Pakistan Army also pledged to construct a mosque and other facility for the market.