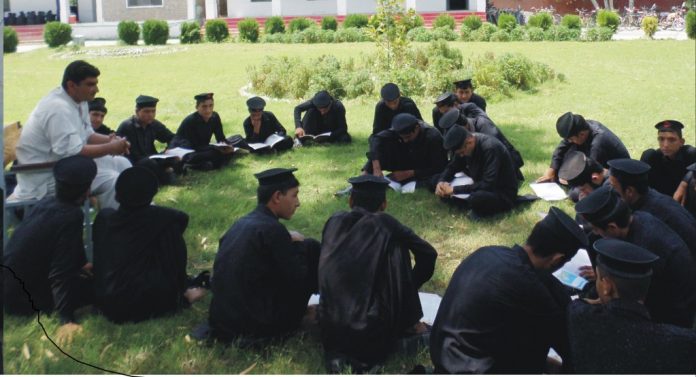 KHAR: The Tribal Youth Forum says thousands of students in merged tribal districts, particularly in Bajaur, are deprived of admission to intermediate level due to shortage of collages.

Addressing a press conference at Bajaur Press Club, Tribal Youth Forum chairman Rehan Zeb along with Youth of Bajaur leaders said about 24,000 students in merged districts, who have passed matriculation exams, could not get further education due to shortage of colleges. They said the education emergency in merged districts was nothing more than a drama. They said the Khyber Pakhtunkhwa government, contrary to its claims of bringing revolution in the field of education, has done nothing considerable in this regard.

The tribal youth leaders alleged that the education system in merged districts has gone from bad to worse due to faulty policies of the KP Directorate of Education. They said the colleges and higher secondary schools, which were approved for Bajaur, are not visible. They said there are only three degree colleges and a higher secondary school for 1.3 million population of Bajaur, which are not enough for thousands of matriculation passed students. They said about 300 students sit in a single class of Khar Degree College which was constructed back in 1974.

Rehan Zeb said hundreds of female students also remained deprived of admissions as there is only on degree college for them. He said most of the people of Bajaur are poor and they cannot afford to send their children to other cities for education.

The Youth Forum chairman said the literacy rate in Bajaur is 24 percent, while female literacy rate is even more disappointing which is only 7 percent. He questioned where billions of rupees allocated for education promotion in Bajaur were spent? He said five secondary schools were approved for Bajaur in 2015, but no progress is visible.

Rehan Zeb said thousands of students will stage a sit-in outside the Chief Minister House in Peshawar if the provincial government continued to ignore education sector in merged tribal districts. He said all the vacant posts of teachers must be filled on immediate basis and rationalisation policy must be extended to Bajaur.