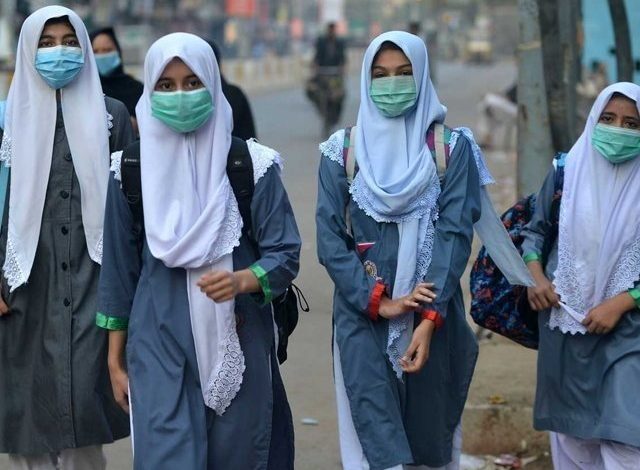 PESHAWAR: The Khyber Pakhtunkhwa government on Tuesday announced that schools in the province would remain closed for summer vacations from July 1-11.

The National Command and Operation Centre (NCOC), during a meeting on Tuesday, reiterated that the federating units have the discretion of planning their own summer holidays in their respective educational institutions.

The KP government decided to announce only 11 holidays for summer keeping view the already lost time due coronavirus lockdowns during the last academic year. Schools mostly remained closed in KP and extended vacations were observed during the coronavirus lockdowns. Now the KP government has announced few holidays in a hope to catch up for the lost time.

However, the extreme hot weather may prove an impediment in this regard as temperature is on the higher side in most parts of KP and power load-shedding has further aggravated the situation. If the intense heat wave continued and the position of load-shedding remains the same, then it would be very difficult to resume classes on July 12 and the government will have to go for extension in vacations.

Another problem is that some private schools have scheduled exams of students from July 01. It is yet to be seen whether these private educational institutions will implement the government decision or not.

Some parents are of the view that the private educational institutions have deliberately scheduled exams in the start of July to mint full transport fee from parents.

“Even if the school van comes for a single day or two and the rest of month is holidays, the school administration charges full monthly fee of transport facility. These schools are busy in minting money regularly, but they have significantly reduced teaching staff on pretext that their income has reduced during coronavirus lockdowns,” a parent said while talking to TNN.

As soon as the news about 11 holidays during extreme hot weather was announced, students and teachers started sharing memes and jocks about it on social media and chat groups.

One such funny message says it seems a huge ‘climate change’ is in the offing in KP after July 10 during which there will be heavy rains and snowfall that is why the schools will also reopen.

Another message says those who sit in air-conditioned offices, houses and vehicles have decided that the schools will resume on July 12 at a time when temperature would be nearly 50 centigrade.