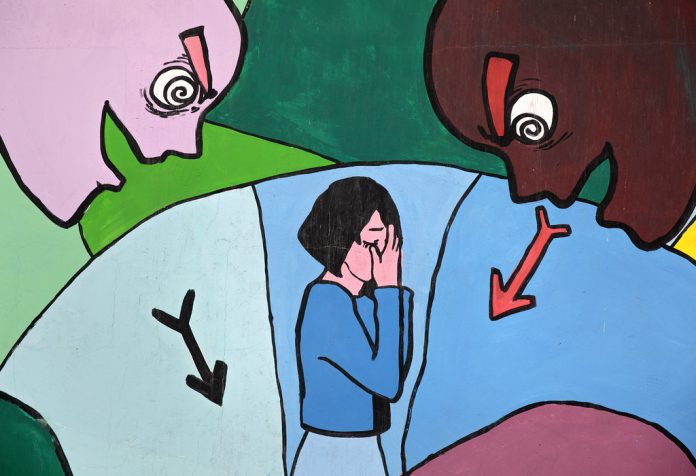 Sawaira and her mother used to go Peshawar Garrison Park for walk; however, they are not comfortable with their daily stroll anymore. She said that they have faced catcalling several times and even guards at the gate harassed her.

“If I’m not safe in my own city, I can never be safe in any corner of the world,” said, 21 years old Sawaira.

She said that the notion of women being in public spaces has become more unfathomable to some over the course of Pakistan’s history where a woman dares to step out of the house; her presence is met by stares, catcalls and worse.

“Men, and this culture they are so proud of, has expelled women from mosques, parks, celebrations and the roads of the cities they call home,” said Lubna Arif.

Perhaps it is because of this culture that the country’s law-enforcement authorities have also forgotten to do their jobs.

A woman was assaulted and abused in plain sight by hundreds of men for God knows how long and nobody took action.

Not one police officer or security official tried to intervene. That men harass women and murder them with impunity in Pakistan has more to do with the fact that there are zero legal repercussions of their actions than a culture that enables their behavior.

Another local resident of Peshawar told TNN that she often goes to the park near her home with her cousins or brother but she had been judged and even questioned about her relationship status with males who escort her to the park.

Many women including her that are in public spaces with male friends or cousins are asked what their relationship is and whether her parents or family know that she is in the presence of a man. Women are seen as having no agency of their own, and only exist in relation to the men of their family.

Summaiya said that, ‘’Public spaces are dominated in a very physical sense by men and this dominance enables men to feel powerful enough to harass women. The prevalence of public place harassment against women creates a scarcity of safe spaces in communities where women can gather and build networks to feel secure outside homes. Women need safe spaces to think critically and explore themselves and their relationships to the world.’’

The need to have public spaces which are safe is to ensure that women are not excluded from this integral social process. Gone are the days of women sitting at home, as the world today is committed in its goals of women empowerment and gender equality. An essential component of these goals is to have safe public spaces which allow women to emerge as vibrant members of society.