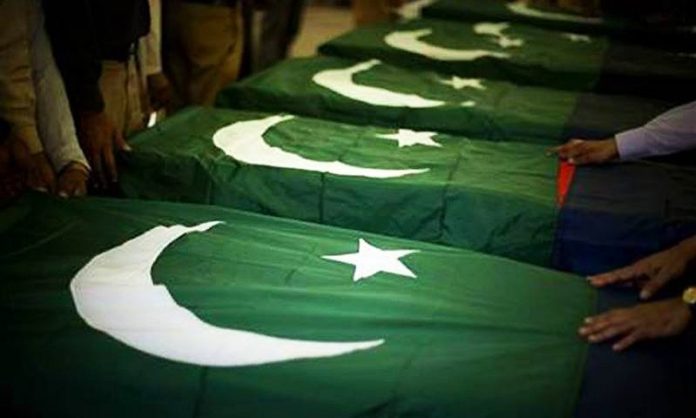 Addressing the ceremony, Zahoor Afridi praised the sacrifices of martyred constables of police (COPs) and said that their sacrifices would never go in vain. “They would always be remembered,” said the DPO.

“The police department will not forget their meritorious services and sacrifices in line of duty. Our efforts against enemies of the country will continue till their elimination,” expressed Afridi.

He also assured heirs of martyred policemen resolution of their problems and said that all the needed assistance and help would be provided to them.

SOUTH WAZIRISTAN: Brigadier Rai Asim on Friday visited the tent School established in the remote area of Shadogai with the cooperation of Pakistan Army. Talking to media, he said that tent schools have been established in remote areas of the tribal district aiming to provide education faculties to children.

He said that children were being given free books, woollen clothing and food in these schools. The army officer said that steps are being taken to ensure basic amenities of life to people of remote areas including education to children. He also assured tribesmen that development funds would be judiciously utilized and no one will be deprived of their rights.

South Waziristan is one of the worst-hit districts, where militants destroyed or damaged some 204 schools. The situation has improved now after the Pakistan army launched the operation, Zarb-e-Azb in June 2014, which killed or drove out thousands of militants.

After peace is restored, the government officials have claimed that a robust reconstruction strategy has been initiated for disaster-resilient and energy-efficient construction of schools and other facilities in the tribal districts of the Peshawar.