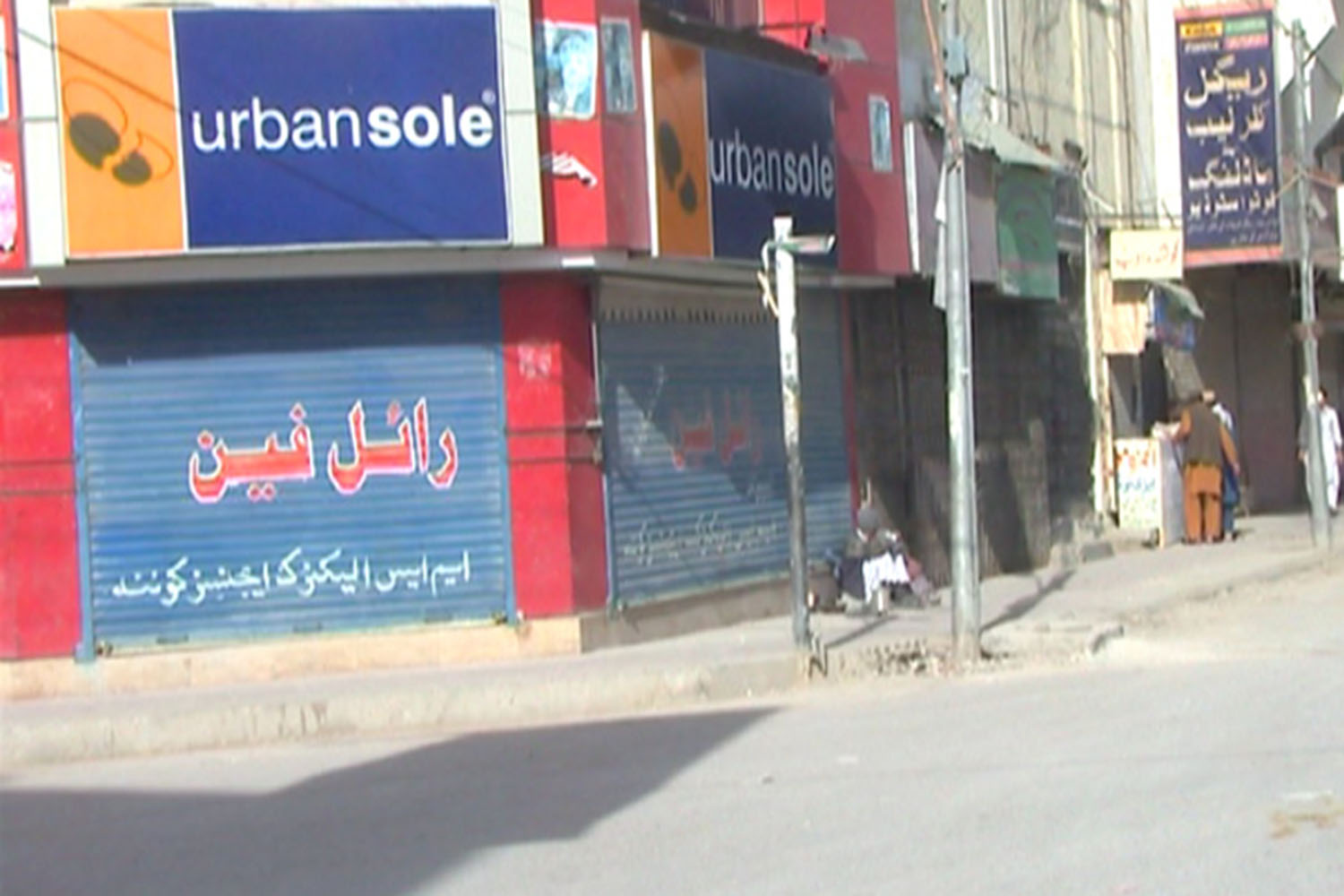 QUETTA, 06 May: A complete shutter-down strike against changes in Economic Corridor route was observed in Quetta today.

Awami National Party (ANP) had given the strike call, which was supported by a number of other political parties and local trader community. Traders also held a protest demonstration outside the Quetta Press Club.

It merits mentioning here that the federal government has clarified more than once that there would be no change in the route. However, it failed to convince the political parties. ANP has also convened an all-party conference on 16th of this month in Quetta to highlight the issue.