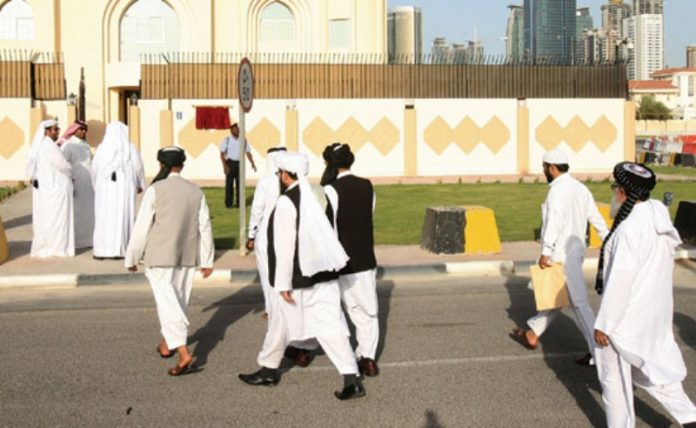 PESHAWAR: The US special peace envoy for Afghanistan Zalmay Khalilzad Saturday said significant progress has been witnessed in the talks with the Afghan Taliban at their political office in Qatar.

He was responding to media reports earlier in the day that the Taliban and the US had agreed on a draft peace deal to end the 17-year-old war in Afghanistan. Reports suggested that the Taliban have likely reached an agreement for withdrawal of American troops from Afghanistan and in return they have agreed that no terrorist groups like al-Qaeda or Daesh would be allowed to use Afghan soil in future.

Zalmay Khalilzad said in messages on Twitter that the recent meetings in Doha were more productive than they had been in the past. “We made significant progress on vital issues. We will build on the momentum and resume talks shortly. We have a number of issues left to work out,” he tweeted. He added: “Nothing is agreed until everything is agreed, and ‘everything’ must include an intra-Afghan dialogue and comprehensive ceasefire.”

Khalilzad flew to Afghanistan to discuss the outcome of the talks with President Ashraf Ghani.

However, according to media reports, the Taliban confirmed that that progress was made on the issues of the withdrawal of foreign troops from Afghanistan in the talks. They said the US troops withdrawal from Afghanistan was must to achieve real outcome in the talks. On the other hand, the US is constantly insisting on a ceasefire from the Taliban, to which they have not agreed so far.

The US and Afghan government officials have not made any comment on the development so far.