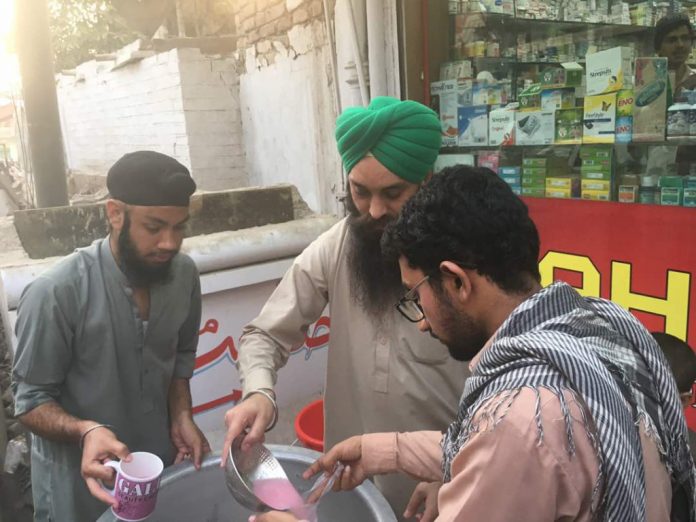 BUNER: The coronavirus lockdown has impacted the financial condition of the poor segments very badly and the lower middle class is also finding it hard to make ends meet in this situation.

As soon as the lockdown was enforced, most of the people with weak financial condition started efforts to get aid from the government or welfare institutions, but the Sikh community of Buner is out of this race because the well off people from the community have decided to help the weaker ones. The elders of the community have decided not to seek any assistance from the government or welfare institutions.

Most of the families from Sikh community in Buner are living in Pacha Killi area of Pir Baba and many of them are running the garments or general stores. There are hundreds of others who are living under poverty.

Santh Singh, leader of the local Sikh community in Pir Baba Bazaar, who is associated with garments business, told TNN that most of the community members are involved in different businesses which are completely closed for the last two weeks owing to the lockdown.

“No doubt the lockdown has impacted the lives of people badly, but we have decided to utilise our own resources till the time we can afford it,” he said.

Santh Singh said no government official or private welfare institution has contacted the Sikh community so far, but the community leaders will refuse the aid even if they are contacted. He said the community meeting has decided to provide ration and other basic needed items to the needy people.

The Sikh community leader said they have also decided to help the needy Muslims living near their localities. He said the help will be provided without any publicity. He said it is a matter of satisfaction that the government has announced package for labourers who have lost their jobs. However, he said the Sikh community traders will not apply for it.

Meanwhile, Abdullah, district leader of Al-Khidmat Foundation, a well-known welfare organisation, told TNN that like other parts of the country, the Foundation has also started welfare activities in Buner. He said lists will also be sought from members of minority communities and they will also be helped according to the set procedure.

Abdullah said besides spraying disinfectants in mosques, the Foundation has also cleaned the gurdwara in Pir Baba and provided necessary items for cleaning to its caretakers. He said Al-Khidmat Foundation leaders have directed them to take special care of minorities.