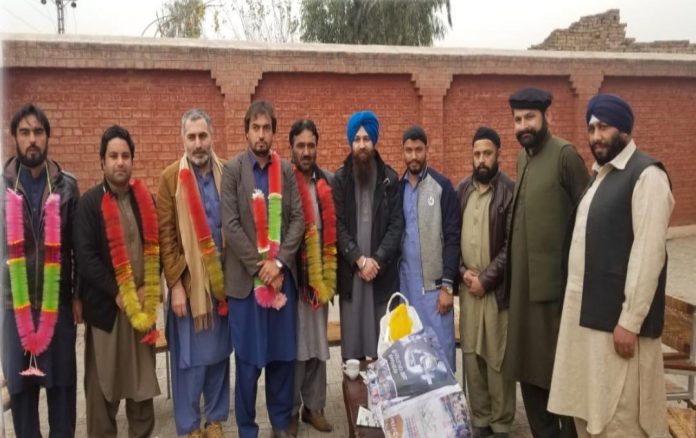 PESHAWAR: The Sikh community elders on Monday said that they will play an active role in bringing back their businesses to the once bustling Bara market that was devastated by militancy. “We have more than 50 business centres in Bara market and going to open more as Sikh families are coming back to Bara market,” said Baba Ji Guru Gurpal Singh.

He was leading a Sikh delegation to congratulate the newly elected cabinet of Bara press club. On this occasion, Malik Papendar Singh, Swendar Singh and Kaim Singh were also present.

Gurpal said that they have a very close association with the tribal district as they are the largest religious minorities in Bara and Khyber district.

He added that for generations, the Sikh community has a very cordial relationship with the main tribe of Afridi, residing in Khyber tribal areas, which they will continue to maintain in future.

According to studies, there are some 7,000 Sikhs live in the Khyber Agency and most of them were associated with different business at the famous Bara market. But after the market was devastated by militancy and conflict, sikh traders like others also suffered huge losses and they shifted thier businesses to other parts of the country.

When the authorities closed the Bara market for launching a military operation against militants in 2009 , it resulted in the closure of about 300 shops of the community.

However, they complained that the government had not extended them any assistance  for revival of their shops so far.

The Gurpal Singh also talked at press club about their sufferings at the hand of militancy. He said that like other people, the Sikh community is much affected due to the war in the area.

He added that their houses and business were destroyed throughout the tribal area. But he lamented that only five families from the Orakzai agency were included in the survey carried out by the government to provide compensation to the owners of damaged houses.

“Though those families were included in the survey and were given compensations, however, no other Sikh community members were given any compensation for their destroyed business,” Gurpal Singh lamented.