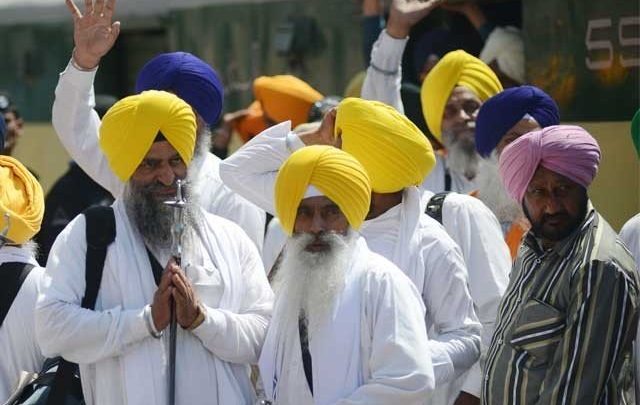 Sikh community of the Khyber Pakhtunkhwa is facing issues due to absence of legislation to give legal cover to marriages of the faith’s adherents.

Babaji Grupal Singh, a representative of the Peshawar Sikh community said that KP has not enacted legislation for Sikhs marriages. “Due to the absence of this legislation women belonging to our community are facing problems in getting their due rights,” Mr Singh said.

He said that the nikahnama has columns for majority Muslim and other minority communities; however, none for Sikhs.  Mr Singh said that this provided legal protections marriage related rights of the women. “Absence of this column denies our women of many of their rights,” he said.

Earlier in 2018, Punjab government, according to Mr Singh, prepared a draft Sikh Marriages Act; however, it was not made into legislation. He said that there was the same situation in KP.

Mr Singh demanded for enactment of the Sikh Marriages Bill so that women rights are protected in case a dispute arises after the wedding.

There are five things that all Sikhs should and all of them start with K. The five Ks include Kesh (uncut hair), Kangha (a wooden comb), Kara (iron bracelet), Kachera (cotton underpants) and Kirpan (iron dagger).

Mr Singh said that carrying Kirpan was mandatory for every Sikh men and women. However, due to security restrictions they cannot carry Kirpan with them on flights, government offices and other sensitive places.

Mr Singh said that overall government officials treated them well; however, ban on riding bikes without helmets creates problems for them. He said that since they cannot wear helmet over heavy turban; therefore, police officials impose fine on them.

On the other hand, Radesh Singh Tony, Chairman Minority Rights Forum said that minorities should be consulted at the time of curriculum designing to better protect their rights.

Mr Tony said that often curriculum designed without any input from minority communities, which affects their religious rituals.

“There are no arrangements for children of other faiths to teach them their religious subjects in government schools,” he said.

To overcome this issue, he said that they have admitted their children into private schools.

He said that his own children were studying a government schools; however, they faced issues their turbans. “Other children used to throw away their turbans and made butt of jokes,” he said.

To overcome this, Mr Tony admitted his children into private schools.

“Our children do not go to colleges and universities due to religious discrimination,” he said.

He said that he also tried to talk to the chairman KP Textbook Board; however, there was no minority member among the subject specialist designing textbooks.

Mr Tony who was candidate for minority seat in KP assembly back in 2018 has survived three life attempts on him.

However, over the years threats have increased for minority members’ manifold. Back in 2009, his maternal cousin and another Sikh youth were kidnapped. Targeted attacks against minority members starting with 2013 sent shock waves among minority communities.

However, Mr Tony said that the forced conversion was the biggest issue for the minorities.

He said that they do not allow their daughters to attend colleges and universities after matric due to forced conversion threats. “We do not allow them to go for higher studies as they are kidnapped and forced to change their religion,” he said.

However, Mr Tony has no figures for claims regarding forced conversion.

Police figures showed that 15 Sikhs including special assistant to chief minister Sardar Soran Singh have been killed from 2013 till 2021. The murderers in 14 cases were unidentified.

Peshawar Cantonment Superintendent of Police Ahamed Zunair Cheema said that majority of the murders resulted due to militancy and religious hatred. However, Mr Cheema said that fiancée of a Sikh youth was responsible for murder due to family issues.

Regarding other cases, he said that accused in seven cases were arrested while three others were killed in police encounters.

On the other hand, Mr Tony claimed that 30 Sikhs have been murdered and even his family members migrated to other areas due to security threats.

“I shifted to Lahore after coming under attack in 2018; however, another religious organizations created problems for me there, forcing me to relocate again,” he said.

Government’s efforts for welfare and protection of Sikhs

Details obtained from the KP Auqaf department under the Right to Information Act 2013 show that provincial government has reserved five per cent quota in government jobs for minorities.

It showed that there were 3,000 Sikhs living in Peshawar and they have provided Sehat and ration cards to 50 families.

Besides, 1000 security personnel were also deployed to protect the minorities.

Special Assistant to chief minister for minority affairs Wazir Zada said that KP government was striving for the rights of minorities.

Mr Zada, who himself belongs to Kalash minority, said that government was considering amendments to the Hindu Marriages Act. “We will include Sikh community in this to give protection to them,” he said.

Regarding Kirpan, Mr Zada said that was ban on it due to security issues and government will soon make any decision on this.

He said that majority of Sikhs lived in Mohallah Jogan Shah area of Peshawar and government has deployed security to protect the neighbhorhood.

“Government has covered many Sikh families in the Ehsaas Programme,” he said. Mr Zada said Sikhs whose income was less than Rs 31,000 a month were provided Ehsaas Card.