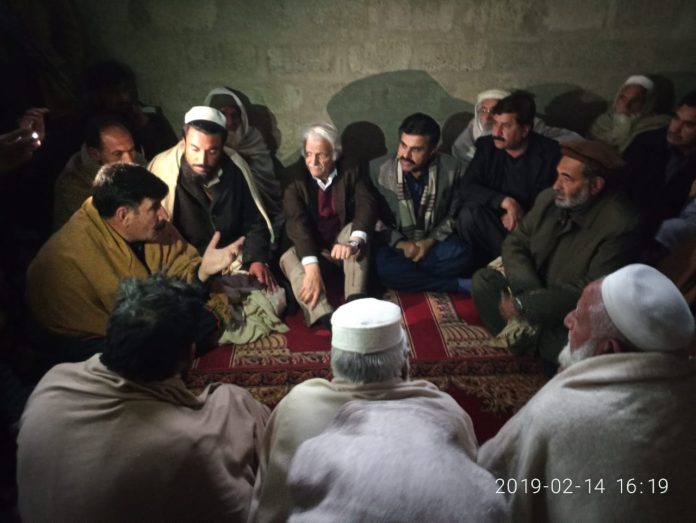 PESHAWAR: Leadership of Pakistan People Party (PPP) assured the people of Bajaur that justice will be ensured and all those involved in the killing of three labourers from Bajaur in Larkana will be arrested.

The three labourers identified as Rais Khan, Waheed Gul, and Arab Gul were gunned down by unknown persons in Larkana on Wednesday night.

The PPP leadership offered Fatiha and announced Rs 0.5 million each for the three families as compensation on behalf of the PPP Chairman Bilawal Bhutto Zardari. They also said that the Chief Minister Sindh Murad Ali Shah has promised Shuhada package for families.

While talking to media the PPP leadership said that Sindh police have initiated an inquiry into the tragic triple murder and so far arrested four suspects. They added that they will be able to reach to the killers. 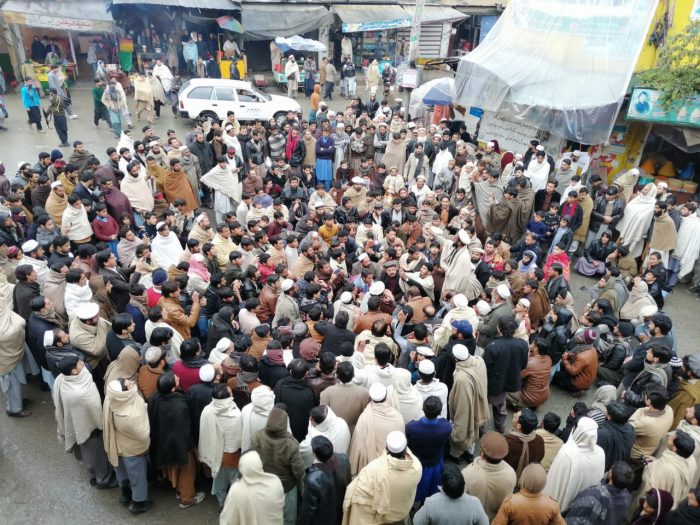 Earlier the dead bodies of the labourers were brought Bajaur from Larkana where hundreds of people gathered to offer the funeral prayers. The Bajaur youth Jirga held a protest in Khar Bazaar and demanded the government to investigate and provide them with justice.

A protest was also held at government post-graduate college in Khar by the students of the institute. The protestors said that they are no more ready to tolerate the bloodshed of Pakhtuns. They warned that if the families weren’t provided justice, they will stage further protests across the country.

Youth from Bajaur also gathered outside Peshawar press club and asked upon the federal and Sindh governments to arrest the killers within 72 hours otherwise, they will stage a sit-in outside the governor house in Peshawar and outside PM house in Islamabad. The protestors asked the Chief Justice of Pakistan and Prime Minister Imran Khan to take notice as such an incident can create ethnic rifts among the people of the country.