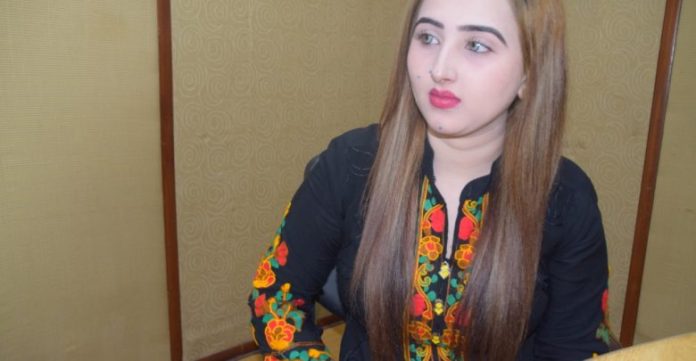 PESHAWAR: Dil Raj was just seven years old when she stepped into the music industry.  Now 25, her Pashto musical career is thriving against all odds. While talking to the TNN, she claimed that the only aim behind her music is to yearn for peace and unity of her Pakhtun nation.

Dil Raj belongs to Mingora in Swat district; however, she has been living in Peshawar with her family since long. The young artist said that Pashto music is now a part of her life, it is now like her soul, now she always thinking about to bring more innovations and take it forward.

The first song that made her known to her Pashto music listeners was ‘Starge warla toray Kai, Nakreezi warla poray’. “The song has made my identity, it has made me known to the Pashto music lovers,” Dil Raj said. However, she added that it was ‘Da Kurmay Gula’ that paved her way forward in the music industry.

Talking about her family, Dil Raj said that she has the complete support of her father and elder brother as both have supported her to achieve her dreams. She maintained that like other Pashto singers, she also likes to give voice to Ghazals, however, she has to sing only what her listeners want, therefore, she has given voice to almost all genres of Pashto music. 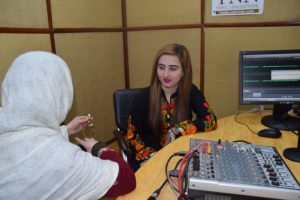 Dil Raj while talking about the changing trends in music revealed that currently, it is the time for fast music with more musical instruments. She informed that there have also been innovations in Pashto music as technology is also changing the shape of our music. “though all the artists are compelled to keep pace with the changing trends, however, she still likes her old tradition Pashto music.”

She said that now also in Pashto music, there is a growing trend of making videos for songs, for which they have not only to select quality lyrics but also scenic locations to make the videos more alluring for the viewers. As now, unlike the past, people not only listen but also watch the music.

Dil Raj said that nowadays, they are recording the audio albums, however, its big market is Waziristan and southern districts of the province, for whom, she has to sing traditional numbers like music for Atten dance and tapay.

Talking about her recent hits, the Young Pashto singer said her audio album ‘Khan woma, da Khpal kali zalme woma’ has received much appreciation from music lovers.  She added that she has worked hard on her recent album, ‘mohabat dumra asan na wo’ and hoped that it would also be a big success.

Dil Raj while advising the new Pashto singers said that making a name in Pashto music industry is very difficult as there are no proper academies where music buffs can learn the music. She asked the Khyber Pakhtunkhwa directorate of culture to set up music academy to train the new singers.

Dil Raj said that now she records musical albums just to keep her in the music industry as, like other artists, she also gets no income from it. She added that they have to spend on it to just to keep the music thriving. Their only income is now from the musical concerts on the occasion of weddings and other happy occasions, where the artists are being invited with great love and respect.