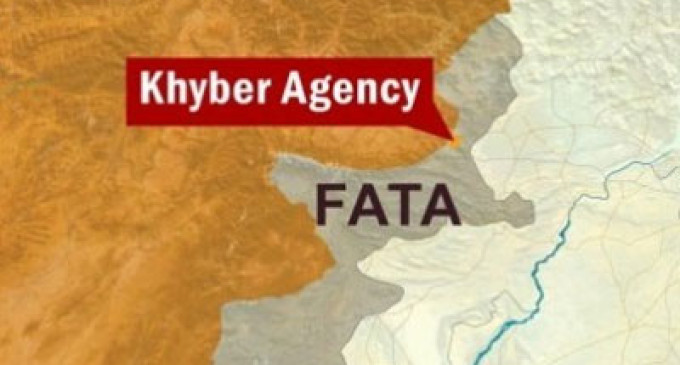 PESHAWAR, 14 November: The members of Sipah Afridi have staged a protest demonstration against the chief of their tribe for erecting buildings on their lands in main Bara bazaar in Khyber Agency.

Protesting in front of the office of Political Agent Khyber Agency here in Peshawar on Monday, they said that at the time of repatriation, the administration had issued a notification barring the returnees from building structures on disputed lands for a period of three in order to ensure peace in the area.

The administration also had promised to settle down disputes over lands through jirga and warned to impose Rs. 5 million fine and demolish the house of anyone who would violate the order, the protesters added.
Talking to TNN, tribal elder Mushtaq Ahmad who was heading the protest alleged that a Malik has violated the truce by building structures on their lands with the help of local administration officials.

“The administration should impose fine on him and demolish his house for encroaching on their lands instead of supporting him in grabbing land of the tribe”, he demanded.

Meanwhile, the Assistant Political Agent of Bara tehsil convened a jirga on Tuesday to resolve the issue after which the protesters dispersed peacefully.