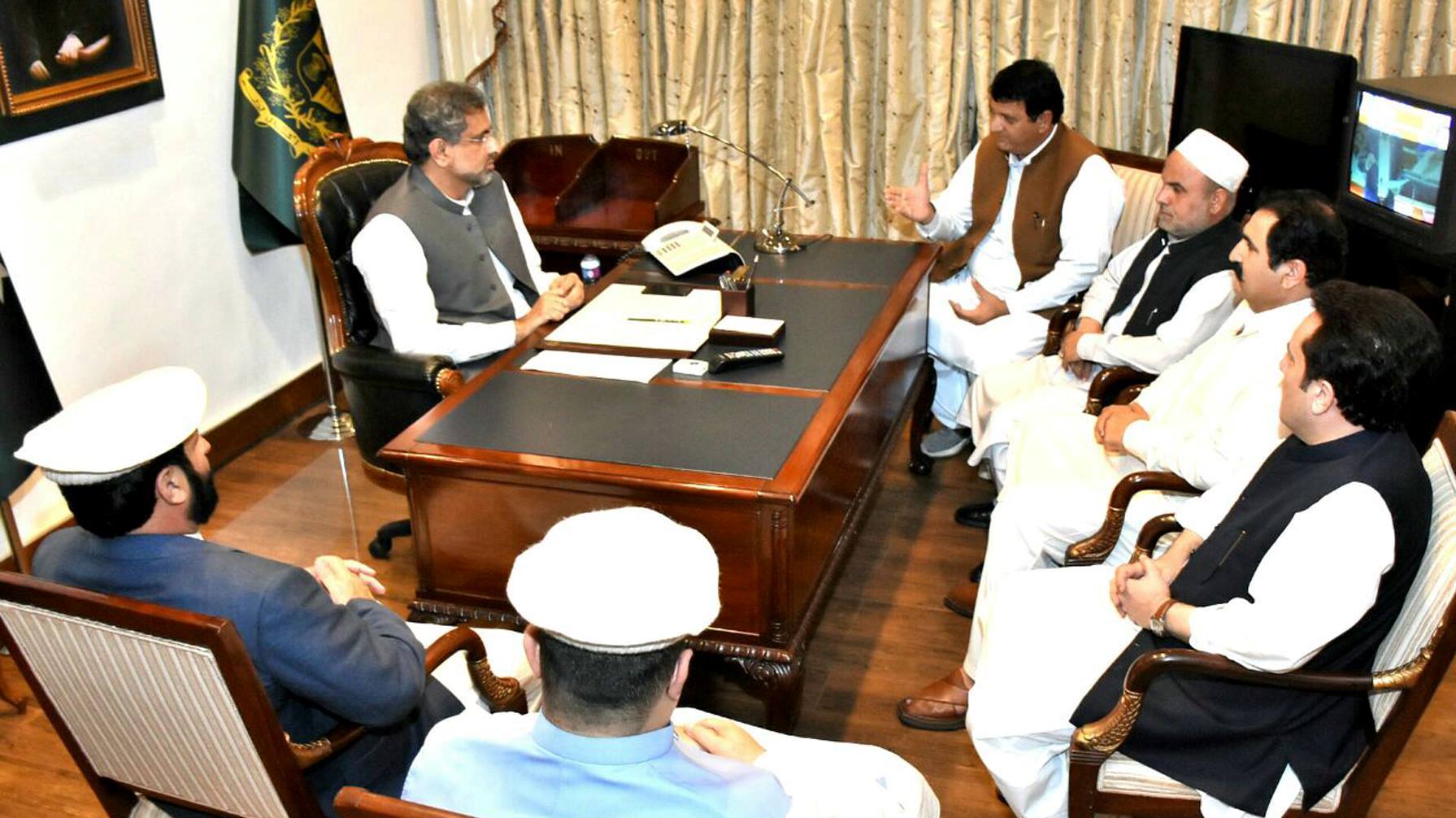 PESHAWAR, 10 October: Member National Assembly from Khyber Agency Al-Haaj Shah Jee Gul Afridi Monday told the participants of the sit-in for FATA reforms in Islamabad on Monday that Prime Minister Shahid Khaqan Abbasi has agreed to merger of FATA with Khyber Pakhtunkhwa and giving representation to tribal areas in the KP Assembly in the next general elections.

During the Islamabad sit-in, FATA MNAs Shah Jee Gul, Shahabuddin Khan and Sajid Turi led by the Pakistan Muslim League-Nawaz (PML-N) provincial president Amir Muqam met Prime Minister Abbasi. After a four-hour long meeting with the prime minister, Shah Jee told the sit-in participants that the premier has agreed to abolishing the Frontier Crimes Regulation (FCR), merger of FATA with KP and giving seats to the FATA representative in the KP Assembly in the next elections.

Amir Muqam also addressed the sit-in participants and said the prime minister has accepted all the demands of FATA MNAs. After Amir Muqam’s address, the protesters ended their sit-in which was staged at D-Chowk against delay in implementation of reforms in the tribal areas.

However, Shah Jee did not give a timeframe for fulfilment of the prime minister’s promises about implementation of FATA reforms. The situation turned out of control when some tribal youth refused to end the sit-in and pelted stones on the containers brought for the sit-in at D-Chowk. They accused the FATA MNAs of being hand-in-glove with the government in delaying the reforms. They vowed to continue their movement until issuance of notification by the government for implementation of FATA reforms.