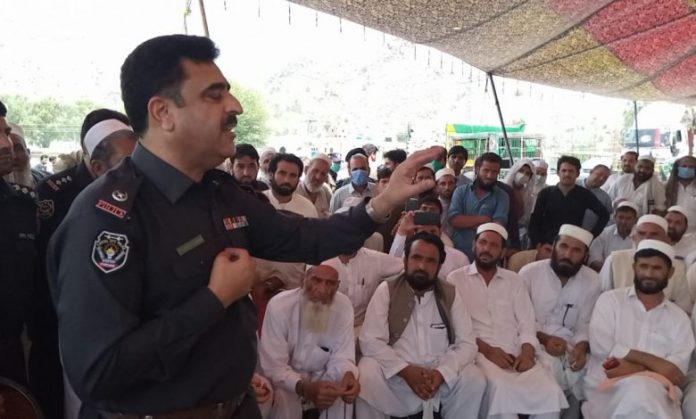 GHALLANAI: The protest of elders of Mohmand tribal district against the closure of salaries of Khassadars is continuing for the last eight days.

The sit-in is being staged at Peshawar-Bajaur Highway outside the gate of District Headquarters Hospital. Besides a large number of Khassadar personnel, tribal elders, political activists and other people are also participating in the sit-in with intervals.

Addressing the sit-in on Thursday, Member Khyber Pakhtunkhwa Assembly from Lower Mohmand Nisar Momand, Malik Fayyaz Khwezai, Malik Nadir Manan Kodakhel, Malik Subedar Safi, Malik Sahibdad, Malik Izat Khan, Malik Ziarat Gul and other elders said the government made tall claims during the merger of erstwhile Fata with KP, but now it is turning out that the tribal people were deceived in the name of merger. They said the government has not given any incentives to the people of merged areas, while the incentives previously enjoyed by the people have also been taken back. They said the people of merged areas are being pushed against the wall for no fault of theirs.

The tribal elders said Khassadar personnel offered countless sacrifices for the country and will never hesitate if the country needed more sacrifices in future. However, they said that instead of honouring these sacrifices, now the Khassadar personnel are being even deprived of their salaries. They said erstwhile Fata was already deprived of development since the creation of the country, and now after the merger, it is being further pushed back, due to which the people of the area are highly concerned. They said the atmosphere of uncertainty has created disappointment among the local people, particularly the youth.

The sit-in participants said the government had promised at the time of the merger that tribal districts would get Rs100 billion in National Finance Commission (NFC) every year, hundreds of development projects will be launched, poverty and joblessness will be eliminated, taxes will be exempted and tribal system will not be disturbed during next 10 years. However, they complained that none of these promises were fulfilled.