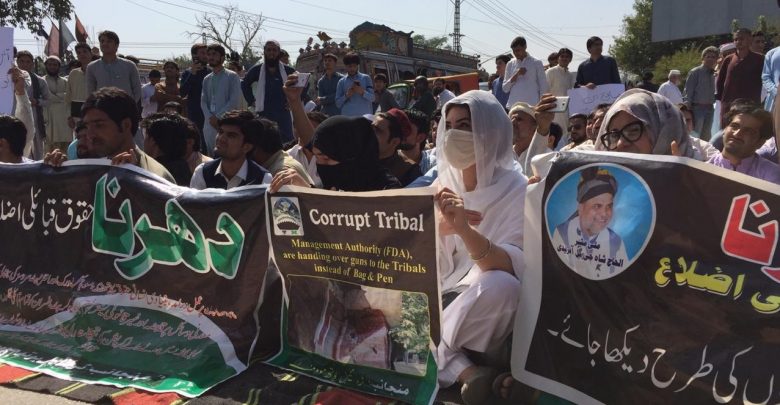 PESHAWAR: The Tribal Youth Movement on Saturday staged sit-in outside the Governor House in Peshawar to press the government for holding local government and provincial assembly elections in the tribal districts.

The tribal activists initially staged a rally in the Stadium Chowk and after marching through Peshawar Saddar, they reached the Governor House where a sit-in was staged.

Participants of the protest said the sluggish pace of the post-merger reforms in the tribal districts compelled them to stage sit-in. President of the Movement, Shaukat Aziz said on the occasion that appropriate steps were not taken to bring tribal districts on a par with developed areas of the province after the merger. He demanded increase in the quota for the tribal students in the universities of the province and country and probe into corruption in Fata Secretariat and Fata Development Authority (FDA). 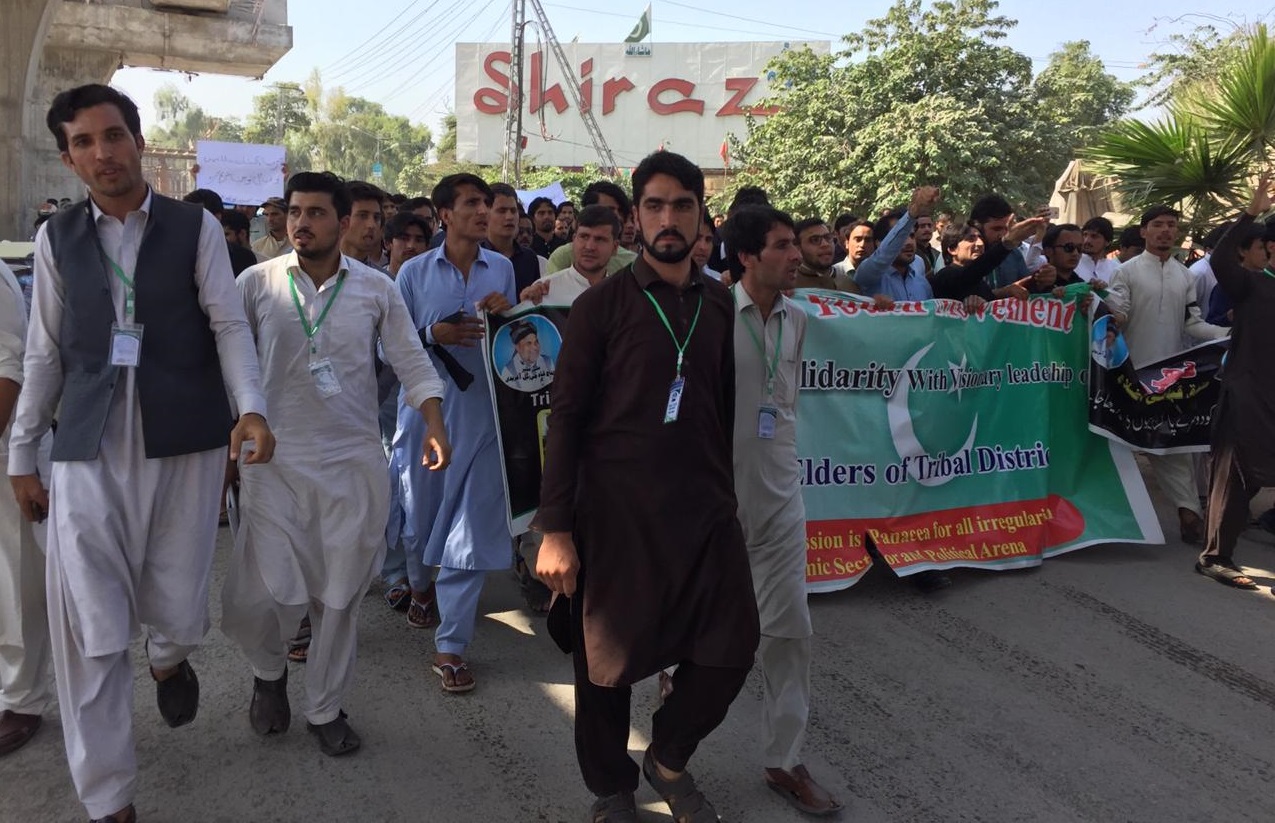 The protesters ended their sit-in after Governor Shah Farman assured them to accept their demands.

It was decided that a 25-member committee would formed prepare proposals for solution to the problems being faced by the people of tribal districts. The governor also assured 10,000 scholarships for tribal youth.