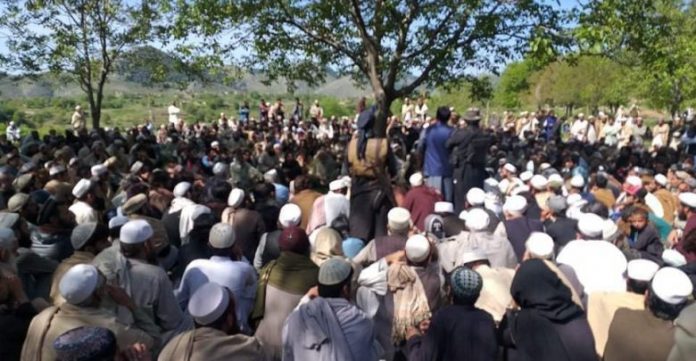 BARA: The funeral prayer of the two persons from Akakhel tribe who were killed in the Lashkar Kashi (armed attack) of Bezoti tribe in Shadalay area of Tirah valley in Khyber tribal district was offered on Thursday and the situation remains tense in the area.

Tension is continuously building in the area as no ceasefire could be enforced between the two tribes. TNN correspondent reported that the funeral of the two slain persons was offered at their ancestral village on Thursday which was attended by Member Khyber Pakhtunkhwa Assembly Shafiq Sher Afridi and other local notables.

The people of Akakhel tribe have strongly condemned the killing of two members of the tribe by Bezoti tribe of Orakzai tribal district during a mob armed attack in broad day light. Many of them vowed to avenge the killings and the situation in the area remains tense.

Akakhel elder and Pakistan People’s Party (PPP) leader Haji Sohail Ahmed told TNN that Bezoti tribe has challenged the honour of the whole Afridi tribe by arresting two peaceful people and then killing them mercilessly over a land dispute. He said the land dispute was earlier resolved through a tribal Jirga. He alleged that the Bezoti tribe in connivance of the authorities again tried to forcibly confiscate the lands of Akakhel tribe after which this unfortunate incident took place. He said Akakhel tribesmen are highly provoked and they may take any action to avenge the killings anytime.

Akakhel tribesmen also held a Jirga to discuss their strategy. A 15-member committee was formed during the Jirga to devise future strategy.

Elders on the occasion, urged the tribesmen to show patience and maintain peace in the area.

Bezoti tribesmen said the land dispute between the two tribes is long standing, but attack by Akakhel tribe was unfortunate which also resulted in loss of lives.