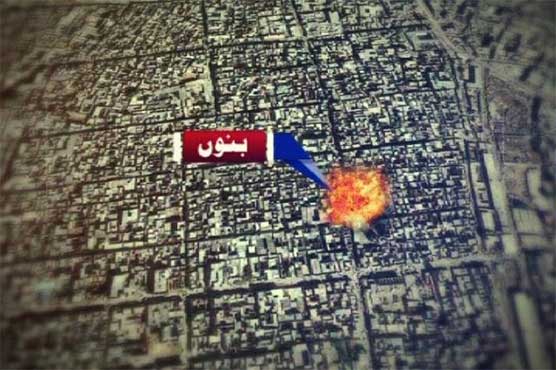 BANNU: Six members of a family were killed in a mysterious explosion inside a house in Landy Dak area in Bannu on Tuesday. The Police added that still the nature of the blast is unknown and further investigation is underway.

According to the Police, the blast was reported inside the house of a school teacher Barkat Ullah situated within the jurisdiction of Hawed police station due to which Barkat, his wife and their four children died on the spot.

The dead bodies were rushed to district headquarter hospital. The blast spread panic and fear in the year and rescue workers and police officials rushed to the crime scene.

In Peshawar, spokesperson for Khyber Pakhtunkhwa Police, Waqar Khan told media that it was a mortar shell explosion. However, the nature of the shell is still unknown.  Police have collected all evidence which will be examined in the laboratory to determine the nature of the explosion.

The bomb disposal squad was at the site of the incident and that an investigation into the incident was underway.

KOHAT: Three persons were killed and two others, including a minor girl, sustained serious injuries in a road accident in Muslim Abad area of Kohat on Tuesday. According to rescue 1122, two ambulances and medical technicians were rushed to the spot to provide first aid and shifted the injured to district headquarter hospital.

Eight injured as van plunges into ravine in Orakzai

ORAKZAI: Eight passengers were injured when a van plunged into a ravine due to slippery road in Kalaya area of Orakzai on Tuesday. The district administration said that the van was on the way to Kalaya. The injured were provide first aid and were rushed to hospitals in Kohat and Orakzai