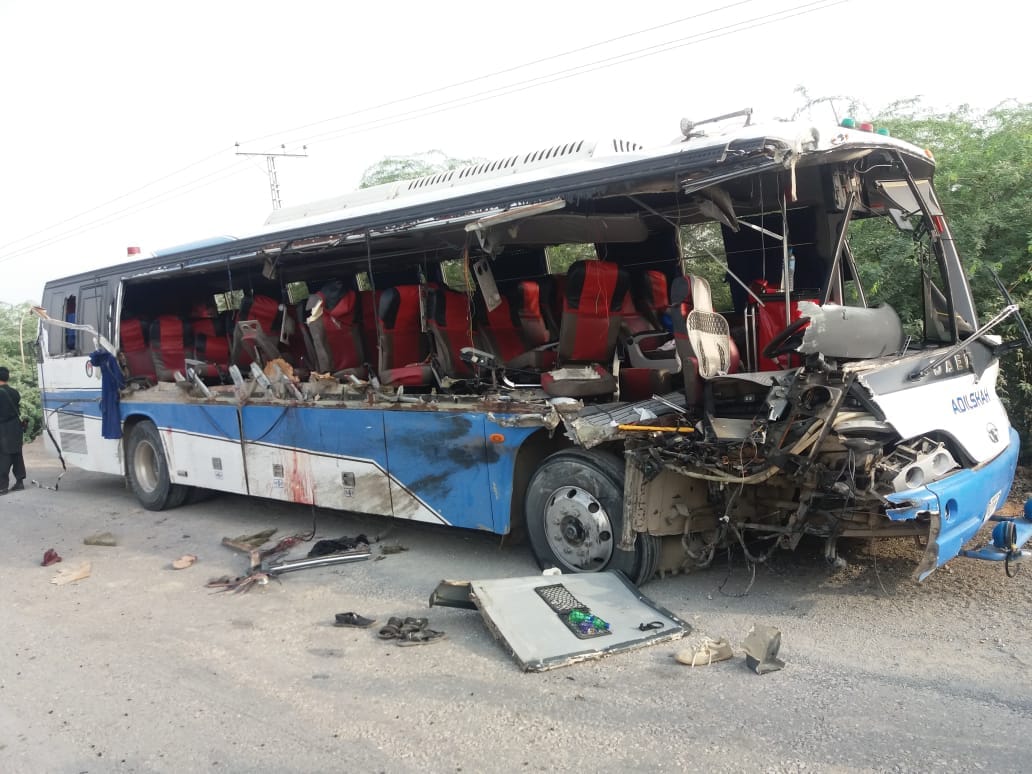 DERA ISMAIL KHAN: Six Frontier Corps (FC) personnel died and over 20 others were injured when a bus carrying recruits met an accident in Dera Ismail Khan on Sunday.

Station House Officer (SHO) Draband Police Station Pervez Khan said the accident happened in Draband when a bus carrying FC recruits from Balochistan to Islamabad collided with another military vehicle coming from the opposite direction. Police said the military vehicle was travelling to Drazenda from Draband. The cause of the accident could not be known immediately.

Rescue operation was immediately launched in the area by the Rescue 1122, police and military personnel and the injured personnel were taken to Combined Military Hospital (CMH) DI Khan. Sources said the condition of some of the injured was critical.