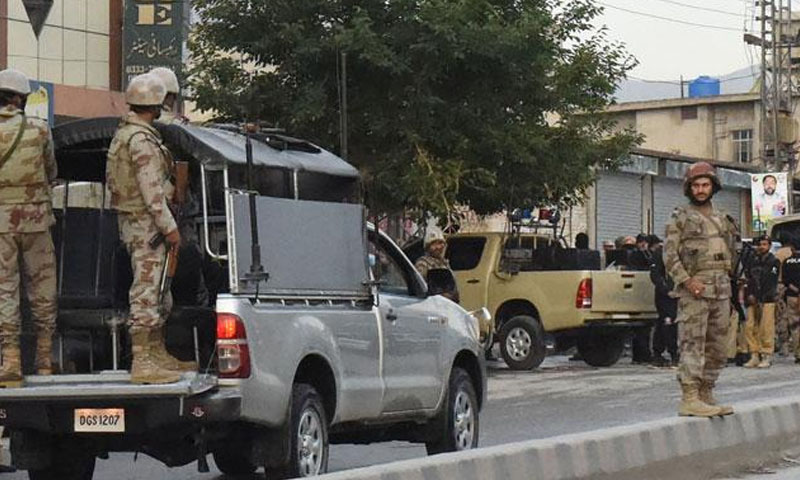 PESHAWAR: Six people were injured in a blast on Chaman’s Mall Road on Friday.

According to police, explosive material fitted in a motorcycle parked on the roadside went off, wounding six people. The nearby vehicles and shops were also damaged in the explosion.

Initial reports suggested that a vehicle of the law enforcement agencies was the target of the blast. The security forces were already on alert in the area keeping in view the security situation.

Rescue teams and a large contingent of security forces reached the blast site and started rescue operation. The injured have been shifted to Civil Hospital Chaman.