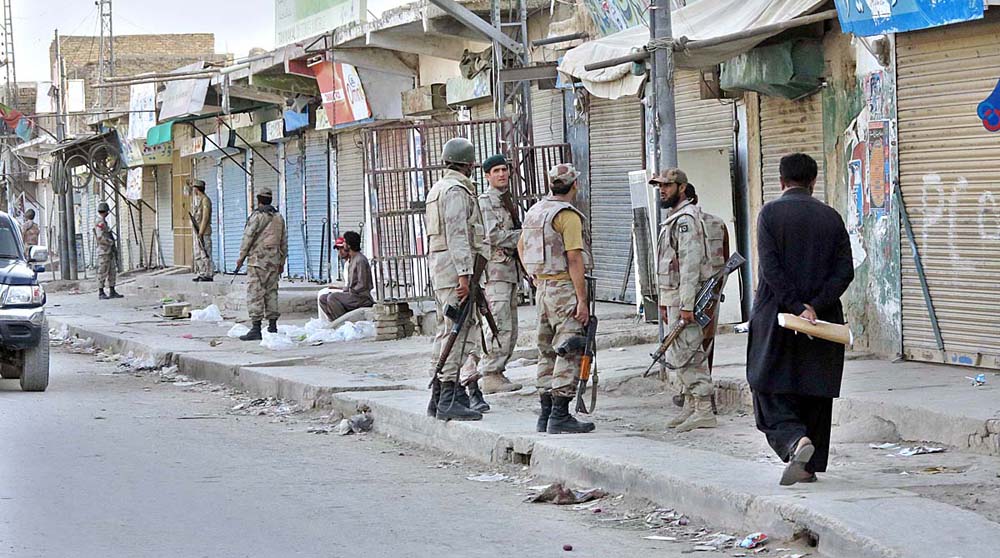 QUETTA, 29 January: As many as six persons including four security personnel were injured in a suicide bomb blast near a military cantonment in Zhob district on Friday afternoon, security sources said.

The sources added that the suicide bomber detonated himself after he was stopped by security personnel from entering the cantonment. The injured also include two children who have been shifted to hospital for treatment.