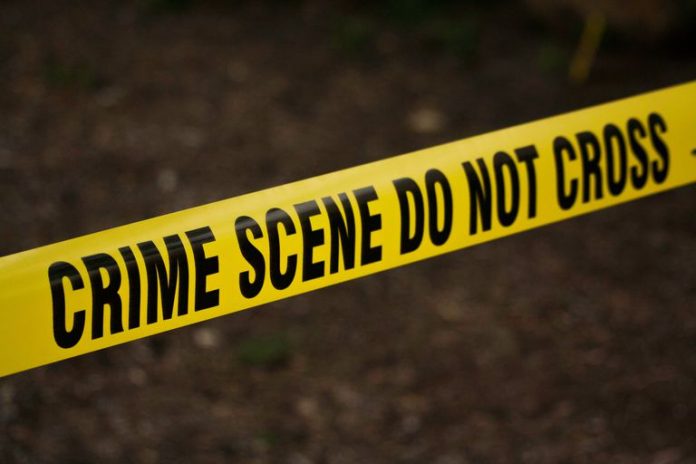 PESHAWAR: Two persons were killed over a petty dispute in separate incidents here on Wednesday. Police said 18-years-old Zeeshan Khan, resident of Daudzai village has allegedly committed suicide by shooting himself with a pistol after exchanging harsh words with his family over a family dispute.

He was rushed to hospital but expired due to critical wounds.

In another incident, Yasin Khan was allegedly shot dead by accused Jaseem Khan Son of Almas at Haryana Bala village in Peshawar over a family dispute. Police have registered the cases and started a further investigation.

Two persons were killed in a road mishap due to over speeding in Charsadda district. Police said the ill-fated Taimour Khan and Fahad residents of Raja were going home when the driver rammed the car with a tree near Government College Taju in Charsadda due to over speeding. As a result, both of them died on the spot. The bodies were shifted their native village for burial.

LAKKI MARWAR: A man was killed while another injured in firing over old enmity in Machan Khel Adda area of district Lakki Marwat on Wednesday.

The Police have informed that the incident is the result of old enmity. Police identified the victim as Gul Muhammad while Ghulam Rasool was injured in firing incident who was rushed district headquarter Hospital Lakki Marwat.

The accused after committing the crime escaped from the spot. Police added that a case has been registered and further investigation is underway.

Similarly in a boy was injured while other sustained injuries when the two motorcycle s collided with each other in Norang area of district Lakki Marwat. Police have identified the victim of the rod accident as Fasih Ullah, who succumbed to his injuries, why Abid Ullah has been rushed to the hospital in injured conditions.

Police have registered the case and further investigation is underway.