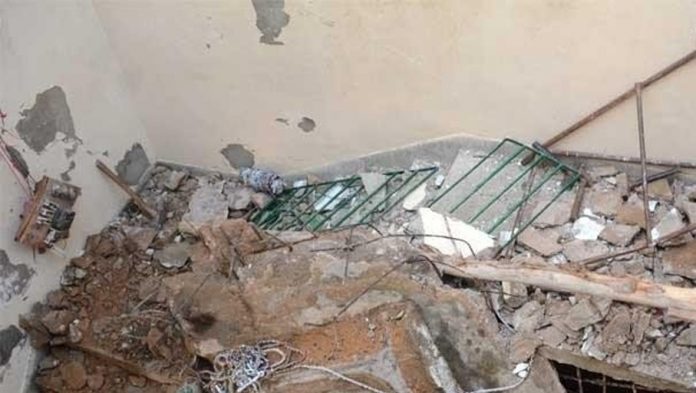 BAJAUR: Three people of a family were killed while three others injured when roof of their house collapsed here in Inayat Kally, officials told on Thursday.

The officials added that the incident occurred in Inayat Kally, some 10 kilometres away from Khar. The family members of Stana Gul were sleeping in a room when its roof caved in. Soon after the incident, people of nearby locality rushed to the spot and have retrieved the bodies and injured from rubble.

Later, the wounded were taken to the district headquarters hospital, Khar for treatment.

Three killed, three injured as roof of a house collapse in Charsadda

PESHAWAR: Three of a family were killed while three children sustain injuries after roof of their house caved in here in district Charsadda on Thursday. According to the police sources, those died in the incident Include head of the family Tajub Gil, his wife and their daughter, Noor Saida.

It was further added that their three children were also injured who were rushed to district headquarter hospital, however, they were referred to the major hospital in Peshawar city.

The local people told the media persons that Tajub Gul Was a daily wager and have taken the house on rent a few days back. The local people added that they were sleeping in their room when the floor of their room fell on them trapping them under the debris. The local rescuer rushed to the spot for rescue work, however, they could not manage to rescue the family.

Similarly, 206 others partially injured patients were given first-aid medicines and shifted to nearby hospitals. Seven persons died during the incidents and handed over to concerned officials and heirs Faizi said.

The Rescue staff responded within 6:30 minutes to any emergency and reached the place of incident and provided services to the victims.