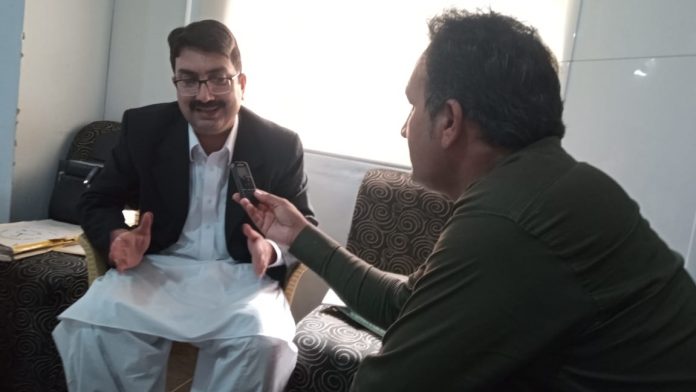 Nabi jan orakzai
After a gap of about six month, all educational institutions across the country including schools, colleges and universities have been reopened and classes are being held with some strict corona SOPs.
According to the government announcement, universities, colleges and schools (only 9th and 10th) classes are reopened from September 15 while the middle and primary classes have been reopened from September 23 and 30 respectively.
With the reopening of the educational institutions, another issue has crept in; the six-month salaries of the staff and dues of students, the period during which educational institutions were closed due to the fear of the spread of the corona virus.
Teachers and other staff in almost each and every institution have been demanding salary arrears from their respective administration, however, the management of these institutions are linking this with the collection of fees from the students.
It merits a mention here that the Peshawar high court while hearing identical petitions filed by parents of students, had also directed the Khyber Pakhtunkhwa Private Schools Regulatory Authority (KPPSRA) to deal with the issue. The Khyber Pakhtunkhwa government, later, promulgated an ordinance whereby it was stated that those schools which are charging more than Rs6000 monthly fees, should waive off 20 percent of the fees while those schools, which are charging Rs6000 or less per month, should waive off 10 percent of the fees. The KPPSRA had directed all the schools to implement the orders in letter and spirit and with immediate effect. However, it seems, parents are generally not aware of the court’s orders and the government’s ordinance.

In an interview with TNN, Anas Takreem, a member of the KPPSRA, says that the government instructions are being implemented in letter and spirit and the private schools have been directed to collect fees from students as per the court’s directives and the government’s laid down rules. He further says that the authority has constituted scrutiny committees at districts level to monitor the implementation of the ordinance and the deputy commissioners have been authorized to take action against the violators. He also calls upon parents to lodge complaints against those schools which are not giving them concession in fees in the office of their respective deputy commissioner or the scrutiny committee, adding their complaints will be addressed.
Muhammad Jameel, who works as an assistant at a local mall, says he had regularly been paying fees of his children before the corona lockdown but it has become impossible for him to pay the six-month arrears as he had no job during the lockdown. “Either, I have to request the school to waive off the outstanding arrears or I will unwillingly stop my children from going to school,” a belligerent Jameel adds.
On the other hand, a private school owner in Peshawar, Fazlullah Daudzai, says that private sector educational institutions have also been hit hard by the corona pandemic, still they are cooperating with the parents.
“We are receiving fees from students as per the government’s ordinance,” Daudzai says and adds that some of the schools are voluntarily giving more relief to parents. He pledges that private educational institutions will continue their cooperation with the parents.
Abbas Khan Sangeen, a local lawyer, who pleaded the case of parents in the Peshawar High Court, seems discontented over the said ordinance, saying, “we had moved the court to get some relief for the pandemic-stricken people and force the owners of the private schools to waive off all the outstanding dues”.
He argues that majority of the people have been hit hard by the lockdown and were rendered jobless. They are not in a position to pay the fees, he maintains.
He also urges the government to provide relief to the parent otherwise, he fears, most of them will not be able to continue their children’s schooling.