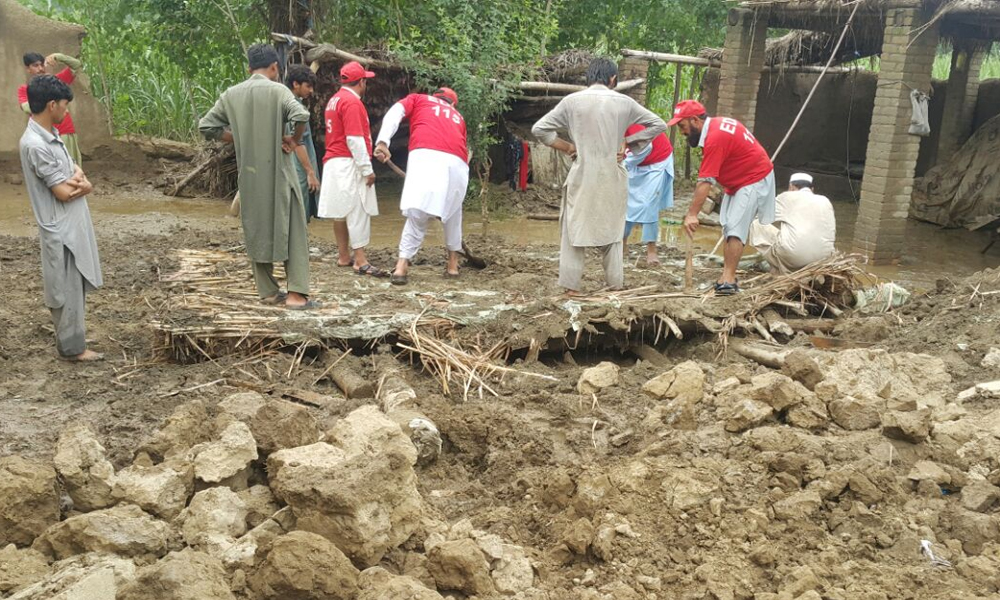 PESHAWAR: Six persons of a family were injured when roof of a house collapsed due to heavy rain in Peshawar on Saturday.

Rescue 1122 spokesman Bilal Ahmed Faizi said the incident happened in the morning in Machine Chowk area of Chamkani where roof of a mud-made house collapsed. Owner of the house, Izat, three children and two other people were injured in the incident. The injured were shifted to Lady Reading Hospital Peshawar.

The Metrological Department has predicted more rain in Khyber Pakhtunkhwa and tribal districts during the next 24 hours. Rain was reported from many parts of KP on Friday night which brought down the temperature to some extent. 48 millimetres rain was recorded in Bannu, Timergara recorded 35mm, Risalpur 36mm and Peshawar recorded 17mm rain.