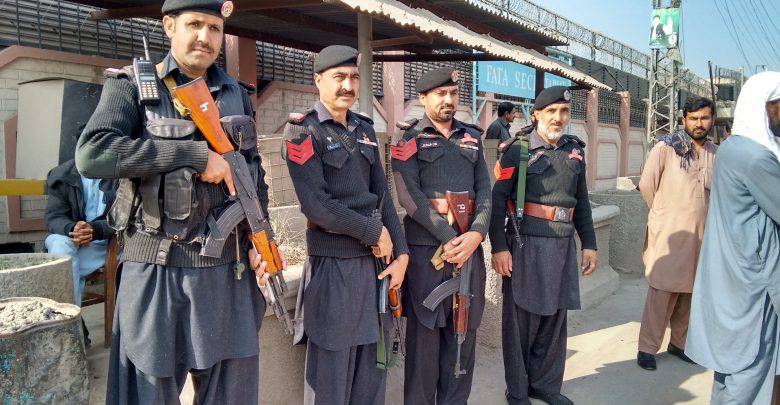 PARACHINAR: The district administration on Tuesday arrested six persons including three officials for allegedly ransacking furniture at a residential quarters and trying to occupy it illegally in Sadda area.

The arrested persons including Bakh Zamin, lecturer at Sadda Degree College, Bakht Kamal who is dentist at THQ Hospital Sadda, Bakht Jamal and their three cousins were shifted to Bannu jail.

Amir Bilal Khan said that his father Turab Khan, who is a political moharrar at the district administration, has written to the assistant commissioner for allotment of a residential quarter. Turab adopted that three persons from his family were government servants and he was entitled to get a quarter.

The authorities concerned allegedly demanded Rs0.2 million bribe, but Bakht Zamin refused and threatened to initiate legal action against them. The assistant commissioner ordered their arrest and put them in jail.

Spokesperson of the administration alleged that the suspects have broken lock of a quarter that was allotted to another official, a stenographer, and ransacked furniture their after which they were arrested and shifted to a jail in Bannu.

The relatives said that Bakht Zamin was an active support of the reforms due to which the administration unhappy over his struggle for reforms.

“Despite abolition of FCR, the administration is arresting people under this black law,” he said. The administration said that they were arrested under Pakistan Penal Code for damaging government property.