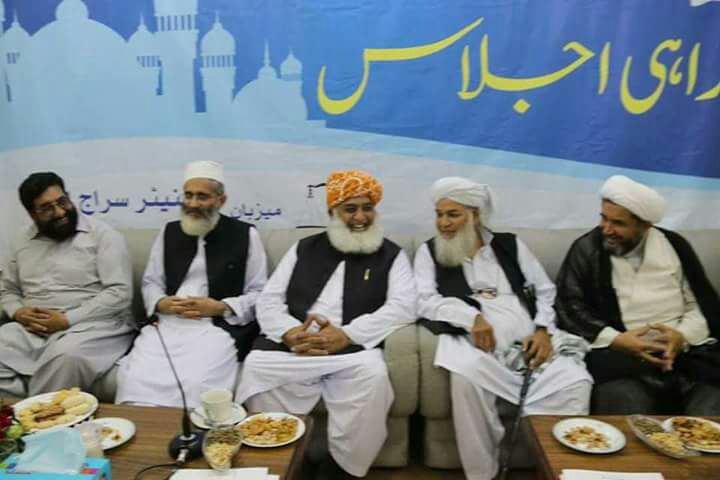 PESHAWAR, 10 November: Six religious parties of the country have announced to revived their alliance, Muttahida Majlis-e-Amal (MMA) which will contest the next elections from a joint platform.

According to media reports, the Jamaat-e-Islami (JI) ameer Sirajul Haq made this announcement while addressing a press conference in Lahore on Thursday. Jamiat Ulema-e-Islam-Fazl ameer Maulana Fazlur Rehman, Jamiat Ulema-e-Pakistan (JUP) chief Pir Ijaz Hashmi and other religious parties leaders were present on the occasion.

Sirajul Haq said a meeting of the leaders of MMA will be held in December. The MMA was formed in 2002 which won the elections in Khyber Pakhtunkhwa and formed the government from 2002-07. However, the alliance broke down after that and it failed to get people’s support in the 2008 elections.

The JUI-F had also made efforts to revive the MMA before the 2013 elections. However, then chief of JI Munawar Hasan refused to join the alliance.