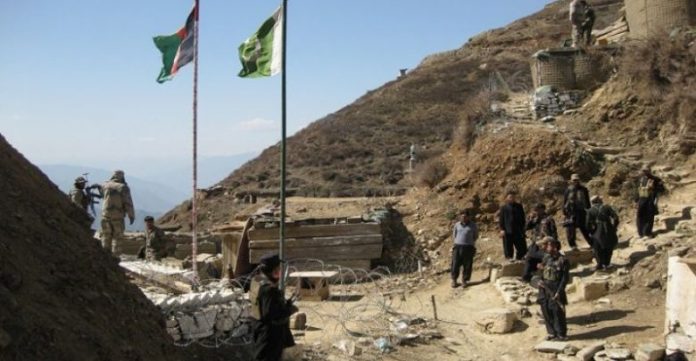 MIRANSHAH: Six security personnel were martyred in a militant attack on a military check post by militants in Shawal tehsil of North Waziristan tribal district on Saturday.

The sources said the incident happened near the Pak-Afghan border. The security forces reached the spot immediately and launched a search operation in the area. However, no arrests were made till filing of this report. No banned outfit has claimed responsibility for the attack.

Despite completion of a massive military operation Zarb-e-Azb and return of temporarily displaced persons to North Waziristan military personnel often come under attack in the area as militants still have presence in some patches.

On July 20, terrorists attacked a security check post in Boya area of North Waziristan in which six persons, including four soldiers, were injured.

On the same day in South Waziristan three people, including two security personnel, were injured in two separate incidents. Local sources said the first incident happened in Karkanre area of Sra Rogha tehsil in which two Frontier Corps (FC) personnel sustained injuries. In another incident in Shinkai area of Sra Rogha tehsil, a local person was injured in a rocket attack.

On July 10, a security personnel was martyred and five others were injured in two bomb attacks in North Waziristan.

Official sources said that the bomb disposal squad in Dattakhel tehsil was attacked with a remote control bomb in which one personnel was martyred and three others were injured. The security personnel were in Khar Kamar area when they came under attack.

Meanwhile, unknown miscreants fired a rocket on Golden Aero Public School in Mir Ali sub-division. The sources said security personnel were coming to the site of the incident from Hasukhel village when unidentified miscreants attacked them near Gulshan Adda through a remote control bomb. Two security personnel, including an officer, were injured in the blast. The injured soldiers were identified as Lieutenant Colonel Bilal and Naik Faisal.