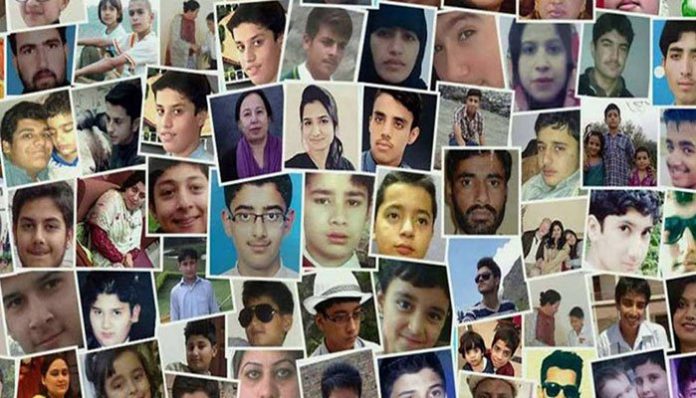 PESHAWAR: The sixth anniversary of the heinous terrorist attack on the Army Public School (APS) Peshawar is being observed today (Wednesday).

In the most heinous and brutal terrorist attack in the history of Pakistan, 147 innocent students and staff members were martyred in the APS on December 16, 2014.

A number of events are being held in Peshawar and other parts of the country to pay tributes to the martyred and injured students, teachers and other staff members.

In connection with the attack’s sixth anniversary, the main gathering of the grieving parents is being held at Shuhada Hall in the APS campus.

The portents of the martyred students have urged for peace for which the martyrs have laid down their lives.

Tufail Khattak, father of the martyred student Sher Shah Shaheed, said Pakistan was achieved after great sacrifices and the APS victims and thousands of others sacrificed their lives for peace, which should be maintained at all costs.

Strict security measures have been taken across Peshawar to avoid any untoward incident on the occasion of the anniversary of the APS tragedy.

On the eve of the anniversary, parents of the martyred students held a candlelit vigil inside and outside the APS premises on Tuesday night.

The parents and relatives of the martyred students also attended a gathering held at the APS Shuhada Hall inside the KP Archives Library. The event was organised by the Pak Youth Parliament. Later a rally was taken out from the library. The participants were holding banners and placards with pictures of the martyred students. The participants also offered fateha and lit candles inside the school.

The heinous terrorist attack on the APS not only shook the entire country but it was condemned by people and countries across the world. A 20-point National Action Plan (NAP) was launched across the country a month after the APS attack to tackle militancy and terrorism.

In September this year, the Supreme Court of Pakistan ordered that the APS Judicial Commission report be made public. The report provides an insight into the security lapses and other issues that led to the horrific attack.