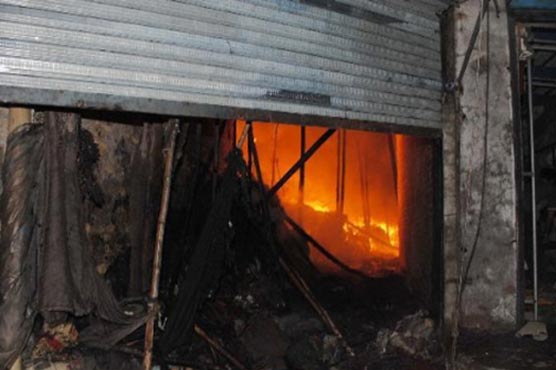 CHITRAL, 17 November: Sixty shops and three houses were burnt when fire erupted in Kabari Bazaar of Darosh in Chitral on Thursday night.

Police said the fire erupted due to unknown reasons which spread to the whole market rapidly. The fire also engulfed nearby houses. Four vehicles of Fire Brigade and local people managed to extinguish the fire on Friday morning. However, the shopkeepers suffered losses of millions of rupees in the incident.

The local people said there is no electricity in the area and the fire may be ignited by some miscreants. No casualty occurred in the fire as no one was present at the market at the time of the incident.

Meanwhile, fire erupted due to short circuit at a private school in Danin area on Friday morning due to which five rooms of the school were damaged.

Police said the fire has been extinguished and no casualty occurred in the incident.