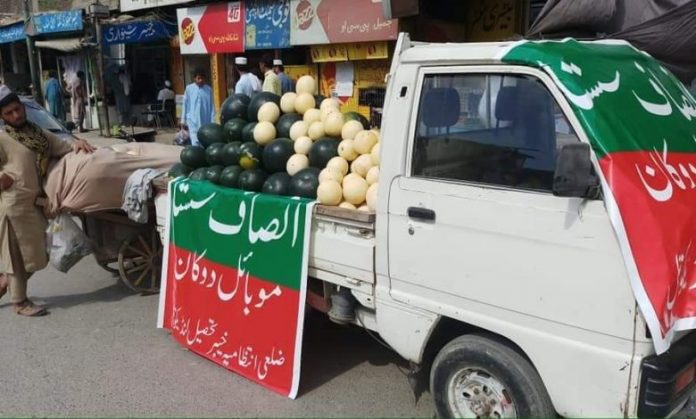 LANDIKOTAL: The consumers in Landikotal Bazaar, Khyber Bazaar and Zakariya Chowk in Khyber tribal district have complained that traders in these bazaars are selling commodities on rates according to their own choice and fleecing the public while taking advantage of absence of price review committee.

Naazir Afridi and Mehran Afridi, two local residents, said while talking to TNN that most of the population of Landikotal is poor and they find it difficult to arrange food in the holy month of Ramazan due to sky-rocketing prices. They said despite tall claims by the government regarding keeping the prices of food items under check during Ramazan, the shopkeepers and vendors are selling food items on prices of their own choice. They said that instead of reduction of prices, food items are even dearer during Ramazan in Landikotal, while the district administration has turned a blind eye towards the situation.

The citizens said prices are out of control in markets due to negligence of the district administration. They said shopkeepers have established their own fiefdom due to absence of any check and balance, while the poor segment is suffering the most. They said the Tehsil Municipal Administration takes abrupt action against encroachments against the poor people, but always remains reluctant to take action against the influentials.

The residents of Landikotal termed the subsidized bazaar set up by the deputy commissioner as a joke with people. “Just a Suzuki van is selling water melons that that is named as sasta bazaar. It’s not less than a joke with the poor people,” said a local resident. He said the sky-rocketing prices have made it difficult for him to keep his body and soul together.

On the other hand, the deputy commissioner has said no compromise would be made on prices and quality of food items during Ramazan. He said necessary instructions have been issued to concerned assistant commissioner to remain prepared to meet any eventuality. He said those violating the price lists would face action and no discrimination would be made in this regard. He said those involved in artificial inflation and black marketing would face stern action.

The local people said it is the responsibility of the administration to keep prices under check.