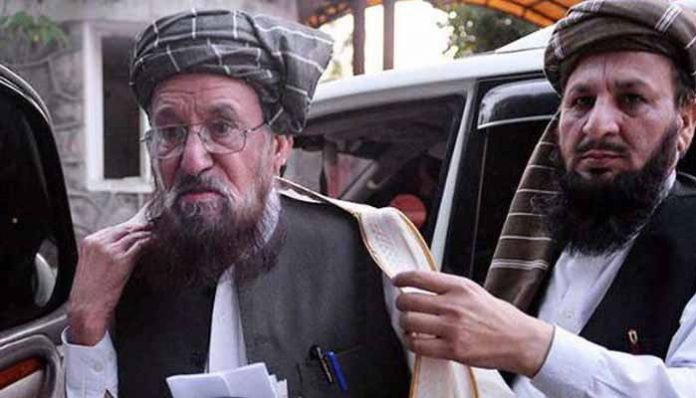 Maulana Samiul Haq, who was the Chief of Jamiat-e-Ulema Islam-Sami (JUI-S), was assassinated at his residence in Rawalpindi, last year. The Punjab police are conducting an investigation into Sami murder but so far they have not achieved any significant success in finding out the killers. However, police claimed that they are making headway in the investigation and the DNA samples of two individuals matched with the samples collected from the Haq’s room.

His driver Ahmad Shah, who was also his personal assistant, was with Sami when he was murdered. He had told the police that he was sent out by Maulana to fetch some items from the market and when they came back, they found Sami murdered in his bedroom.

Haq, a prominent religious scholar and a former senator, was stabbed to death at his residence in Rawalpindi on November 2, 2018. He went to Rawalpindi to address the protestors in Islamabad gathered against the release of Aasia Bibi. He was also the principal of a religious seminary Jamia Haqqania in Akora Khattak, Khyber Pakhtunkhwa. Hamid Ul Haq, son of Samiul Haq, said his father was unwell and taking rest at home when he came under the attack.