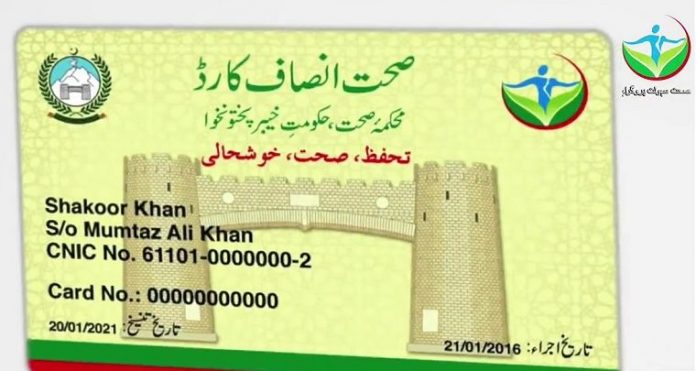 PESHAWAR: The government of Khyber-Pakhtunkhwa (KP) has started the distribution of health insurance cards in Tribal districts of the province so far some 70,000 cards have been provided.

The government officials have announced that the process will be completed within five months during which every tribal will be provided health insurance cards as promised by the Pakistan Tehrik-e-Insaf (PTI) chairman, Imran Khan during his visits to the Tribal districts.

Under the program, more than one million health cards will be distributed among all the tribal people and former Frontier Regions. The official has informed TNN that so far some seventy thousand cards have provided to the people of tribal people.

The official informed that the citizens can send their national identity card number to 8500 to check their eligibility for the card. The provincial director of Sehat Sahulat cards, Doctor Muhammad Riaz Tanoli told TNN that government is working for the uplift of tribal districts, bring them into the mainstream and remove their decades-long deprivation.

He added that like other parts of the province, the people of tribal districts have also the right to get benefits from the health insurance cards. After the KP chief minister, Prime minister has also announced the Sehat Sahulat cards to the families of tribal people.

While providing details of the card, Dr Riaz said that with each card has a balance of Rs 0.7 million which can be used for medical treatment at all the private and government hospitals of the province.