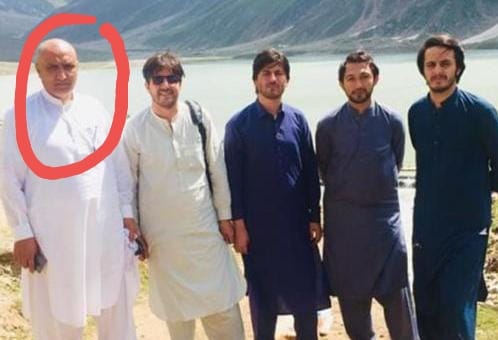 LANDIKOTAL: One person lost his life and four others sustained injuries when a vehicle of journalists met an accident on the Motorway near Hasanabdal (Punjab) late on Monday night.

According to information received from local sources, when the accident happed after return from Naran tourist resort, the five injured persons were taken to a local hospital, where Haji Gohar Khan succumbed to his injuries, while others are under treatment. Sources said the condition of journalist Muhammad Junaid Afridi and another person Tanzeel Khan was stated to be critical after which they were shifted to Pakistan Institute of Medical Sciences (PIMS) Islamabad. Journalist Rahat Shinwari and other injured person were discharged from hospital after initial treatment.

The body of Haji Gohar Khan was brought to ancestral village Walikhel in Landikotal, Khyber tribal district, on Tuesday, where he was laid to rest at 5:00pm. A large number of people attended the funeral prayer.

The accident happened late in the night when the journalists along with their other friends were coming back from a tour of Kaghan and Naran through Motorway. Initial report suggested that the accident happened due to over speeding. The driver of Haji Gohar Khan was driving the car at the time of the accident. Journalist Junaid Khan Afridi was sitting in the front seat, while other friends were sitting in the back seat. The car was also badly damaged in the accident.

People of Landikotal have expressed grief and sorrow over the death of Haji Gohar Khan and prayed for eternal rest and peace of the departed soul.