PESHAWAR: If a girl belongs to a conservative society and a minority community, it means that she will have to work even harder for realizing her dreams.

Sofia Javed, a boxer from Peshawar, was well aware of the challenges from the very beginning and she worked hard to make name for her at national and international level.

Sofia Javed won bronze medal for Pakistan in South Asian Games in 2016 besides winning a number of national and regional level competitions. Sofia said while talking to TNN that she had a passion for boxing from her childhood. However, she was always reluctant to tell her parents to get her admission in a training academy as she belonged to a poor Christian family which was already facing financial  problems. She said her self belief grew when she passed graduation and she was confident that now she can stand on her own feet. After graduation, she managed to get permission of her parents to get registration in the Peshawar boxing training center.

The talented boxer told TNN that she realized only after reaching the academy that she was the only girl player there and she will have to take coaching from a male and also fight male boxers. However, she said, she did not lose courage and jumped into the field. Sofia said she initially felt very uncomfortable while fighting with male boxers and they also felt that she won’s sustain these difficulties for long and would quit. However, she said, with her determination and resolve, she proved the male boxers wrong and made an identity of her own.

“A major benefit of training with boys was that now it is very difficult for women boxers to sustain the intensity of my punches, and I dominate them with ease,” she said. 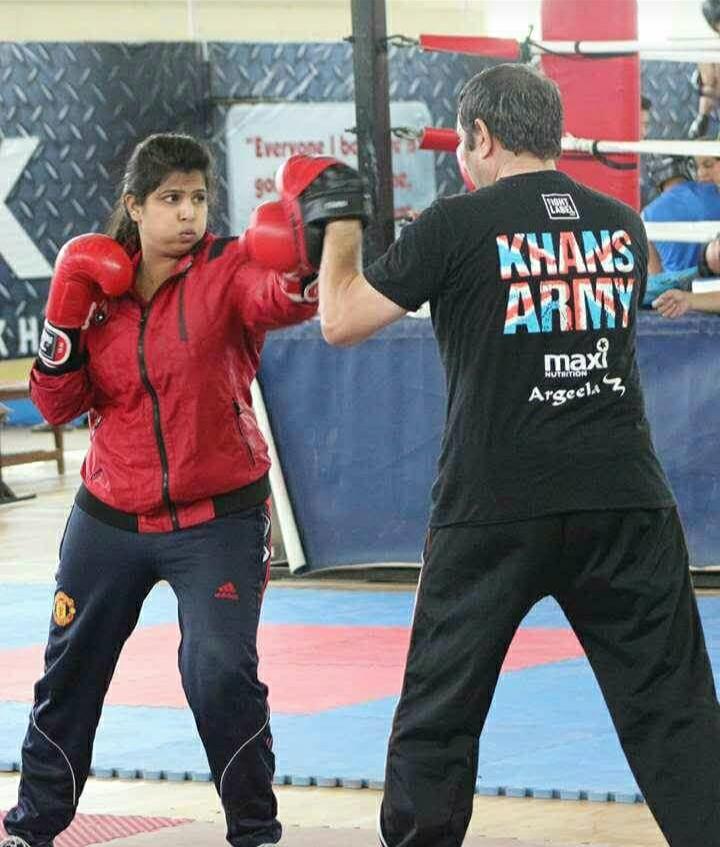 Sofia said she was once stopped by the administration of Qayyum Sports Complex when she went there for practice as there was no boxing ring for women. She insisted to play with male boxers after which she was allowed.

Sofia said women boxers don’t get proper recognition and facilities in Pakistan, but those who want to join the field must not hold back as there is a lot of space in this field for women. She said having matches with men is a very difficult thing, but when someone is short of options, then the best thing is to believe in one’s talent and capabilities and keep the ultimate mission in mind. She said she has also faced harassment twice while having competition with men.

Sofia said now she is practicing in Imran Khan Academy Islamabad where facilities are available for women boxers. She said such center must also be established in Peshawar.