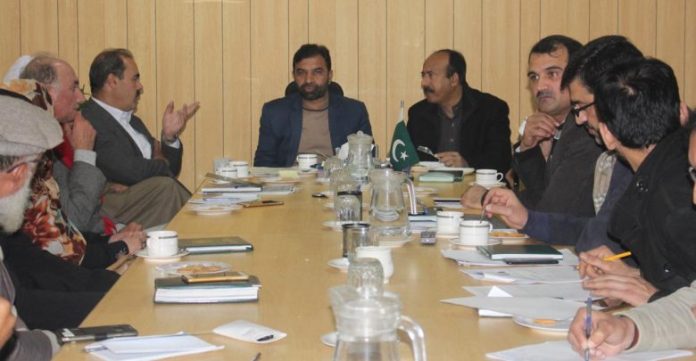 PESHAWAR: Adviser to Khyber Pakhtunkhwa Chief Minister Ziaullah Bangash said on Tuesday that solar panels will be installed in 1,300 government school in southern districts of the province to fulfil the energy needs.

Chairing a meeting of the Elementary and Secondary Education Department, the adviser said the project to install solar panels in the schools will kick off in March. He said the government will also ensure provision of all facilities, including furniture, in all the government schools of the province by February.

Elementary and Secondary Education Secretary Dr Jameel, Special Secretary Arshid Khan, Director Education Hafiz Muhammad Ibrahim, Director for tribal districts Hashim Afridi and other officials attended the meeting. Ziaullah Bangash said work is in progress on 70 projects in the Elementary and Secondary Education Department and the Finance Department has also released funds that that purpose. He said 1,350 IT labs have been formed at government schools, while 1,300 more labs will be formed during this year. He said he will make sure that all the projects complete in the stipulated time. He said a deadline of six months has been set for completion of the ongoing projects.

The KP Elementary and Secondary Education Department has already initiated the process of appointing new teachers in the tribal districts by giving advertisements in newspapers in this regard. The ongoing appointment process of 17,000 teachers in all the districts of KP is also in its final stages as merit lists of selected teachers have been issued and the process of scrutiny of documents of the candidates is underway. The appointment orders of the newly selected teachers are expected to be issued soon.

Mr Bangash had said in an earlier statement that 2,500 new teachers will be appointed in the tribal districts.