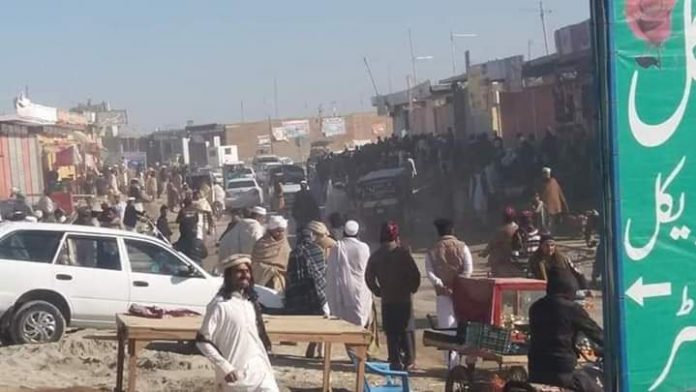 MIRANSHAH: Two persons, including a security personnel, were injured in a blast near a security check post in North Waziristan tribal district on Friday.

The security forces cordoned off the area and launched a search operation after the blast. However, no arrest was made till filing of this report. No group has claimed responsibility for the blast.

On Thursday, two children of a family sustained injuries in a landmine blast in North Waziristan.

Local sources said the incident happened near Ghulam Khan when the children were playing outside their home. The injured children, identified as Hussain Ahmed and Dilraj are brother and sister. Both the children were shifted to Combined Military Hospital (CMH) Peshawar through a military helicopter.

On Wednesday, a Frontier Corps (FC) personnel lost his life and another sustained injuries in a landmine blast in Safi tehsil of Mohmand tribal district.

A team of the bomb disposal squad of the FC was hit by a landmine in Gurbaz Bayankhel area in the morning. Sources said the soldiers were clearing landmines from the area when the incident happened. The security forces launched a search operation in the area after the incident.

Several people have lost their lives and many others were injured in landmine blasts in the tribal districts after the return of the displaced persons.

A man and his son were shot dead inside their house in Kamangara village of Nawagai tehsil in Bajaur tribal district on Thursday.

local sources said unknown armed men entered the house of Rahim Gul and opened fire due to which his eight-year-old son Irfan died on the spot, while he and his 14-year-old daughter Sania sustained injuries. The injured were taken to District Headquarters Hospital Khar where 70-year-old Rahim Gul succumbed to his injuries.

The assailants escaped from the scene after committing the crimes. The reason behind the firing incident could not be ascertained.

A suspect of a car bombing in Shah Hassankhel in Lakki Marwat has surrendered to police.

Saleem Khan was wanted to police in the 2010 car bombing in Lakki Marwat in which over 120 people were killed and many others were injured. He surrendered to police at Lakki Marwat City Police Station.

Several other suspects allegedly involved in the blast have already been arrested.