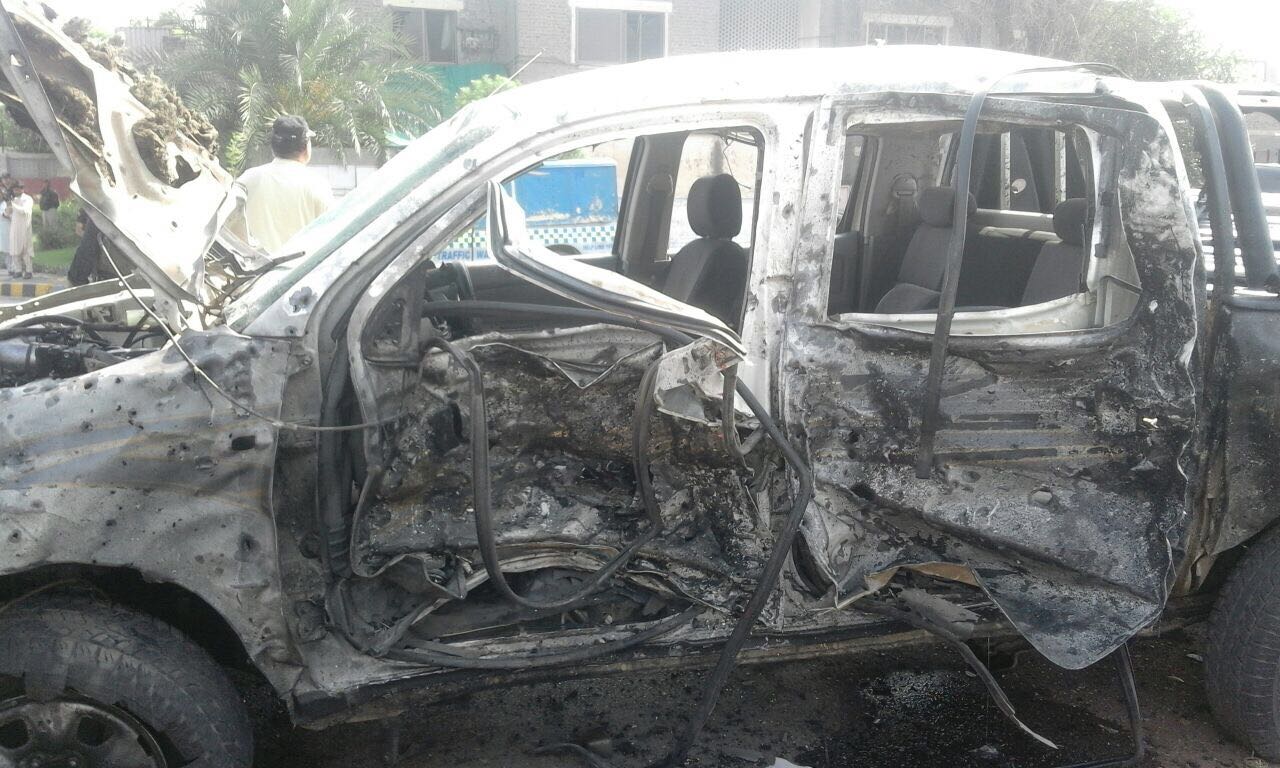 PESHAWAR, 17 July: Three Frontier Corps personnel, including a major, were martyred after a ‘suicide’ bomber hit their convoy on Monday in Hayatabad Peshawar.

According to police, nine others including two security personnel were injured in the blast that occurred near Bagh-e-Naran Chowk.

Major Jamal and his guard Zahir Shah was among the martyred while a third FC official succumbed to his injuries at the hospital.

According to media reports, outlawed Tehreek Taliban Pakistan (TTP) claimed responsibility for the blast in a statement sent to media outlets.

The police said that the suicide attacker was riding a motorcycle and targeted the convoy while it was travelling from its camp in Hayatabad to the headquarters in Qila Bala Hisar. SSP (operations) Sajjad Khan said told reporters that 10-12 kilogrammes of explosives were used by the bomber. The blast occurred at a time when Pak army announced a military operation in Rajgal area of Khyber Agency.