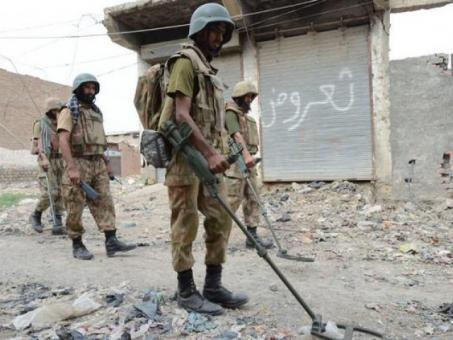 WANA, 24 August: A soldier died in a landmine explosion in South Waziristan Agency on Wednesday.

The political administration said the security official, Fatahullah, was bringing water when he stepped over a landmine. The landmine explosion killed the soldier on the spot.

The security forces cordoned off the area after the incident and launched search operation.