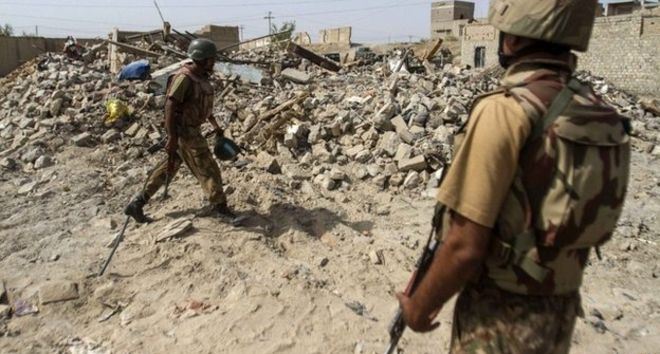 WANA: A security personnel was injured in a bomb blast in South Waziristan tribal district on Tuesday.

Sources said the blast happened in Meshta area of South Waziristan in which a security personnel identified as Sher Ali was injured. The injured soldier was shifted to Combined Military Hospital (CMH) for treatment.

No details were available about the nature of the blast.

The blast took place at Mohajir Bazaar where unknown persons planted an improvised explosive device to target security forces. The explosives hit the security forces’ vehicle at a time when they were on routine patrol.

Those injured soldiers included Zareef, Gulzar and Waqar who were taken to a nearby hospital.