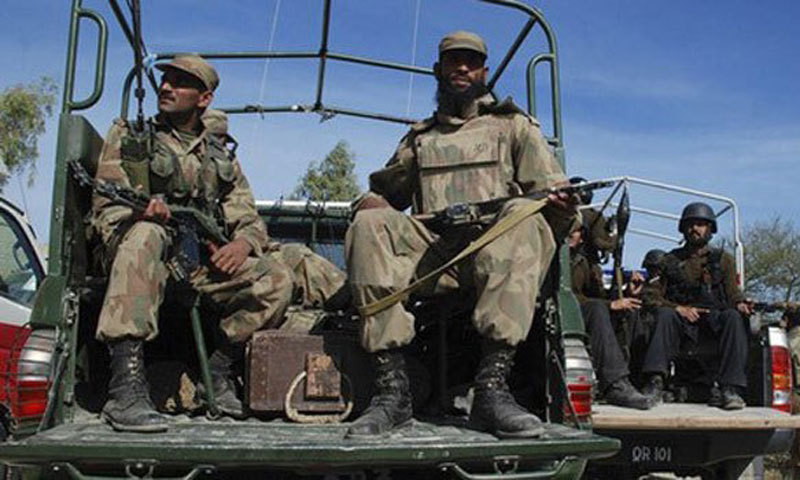 GHALANAI, 09 July: One soldier was killed and another sustained injuries in a bomb explosion in Soran Dara area adjacent to Khowezai Baizai the border area of Mohmand Agency on Sunday, security officials said.
According to security officials, the security forces were on routine patrolling when their vehicle was targeted with an improvised explosive device (IED) planted on the roadside in Soran Dara area. Havaldar Riaz was killed and Sepoy Razaq sustained injuries in the explosion.
Soon after the explosion, security forces have cordoned off the area and started the search operation.