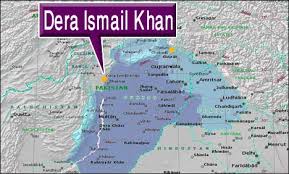 DERA ISMAIL KHAN, 28 April: One soldier has been killed and two others sustained injuries in a bomb attack on the security forces’ vehicle in Dera Ismail Khan.

Police said the incident happened on Hathala Road in Kulachi tehsil in the morning where the security forces vehicle came under bomb attack when it was on routine patrol. The injured soldiers were taken to Kulachi Hospital for treatment.